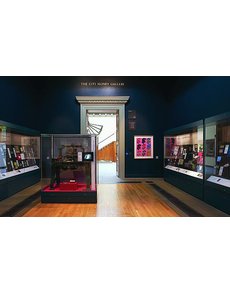 Citi Money Gallery, as the exhibit area at the British Museum is now known, looks at the history of the world through the lens of money spanning four and a half millennia to the latest digital technology. 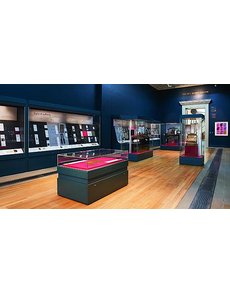 The British Museum’s new Citi Money Gallery opened June 25, a section of which is shown here. The exhibit space for numismatic history was revamped, replacing the previous HSBC Money Gallery, which was displayed from 1997 through late 2011. The exhibit area features numerous display cases. 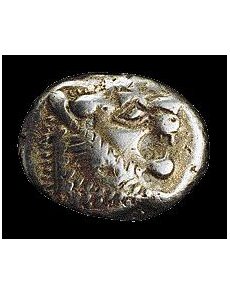 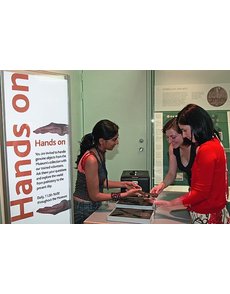 A portion of the gallery allows visitors a “hands-on” experience in seeing and touching money and objects that have been used as money throughout history. 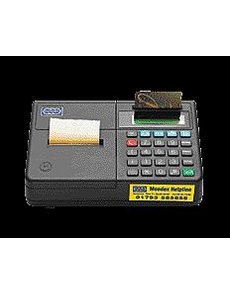 The Citi Money Gallery exhibit traces money and finance up through the modern era, including a Monex machine and cards that were made in China for use in the United Kingdom.

Citi, a large global bank, has formed a six-year partnership with the British Museum that has resulted in a major redisplay of the Museum’s Money Gallery.

The history of money is constantly growing and the way in which the British Museum wants to present its collection has also changed. Featuring more than 1,000 objects from the British Museum’s extensive collections, the Citi Money Gallery, as the exhibit area is now known, looks at the history of the world through the lens of money spanning four and a half millennia to the latest digital technology.

The gallery has a completely new design and feel, with new themes and bright decoration. The display cases have been replaced, the lighting renewed and the original content of the displays reassessed to reflect new knowledge regarding monetary history.

The British Museum was founded in 1753, but 246 years passed before it had a money gallery. From 1880 until the start of World War II it displayed electrotypes of coins and medals in desk cases illustrating, within a numismatic framework, the range of materials in its collections. The display was removed for safety reasons during the hostilities. The space in which the display had been held was damaged by a fire bomb and, after the exhibit area was reconstructed, was allocated to another department.

From the 1970s, a few coins were featured in various galleries, such as the Roman, Greek, Chinese and others. However, no standalone numismatic exhibition was established until 1978. Titled “2000 years of Coins and Medals in Britain,” that exhibit was an updated traditional overview of numismatic history from the Iron Age forward. This sequential story was displayed in a circular space ending with a circular case in the center. The exhibition was intended to be staged for just one year, but delayed plans for the refurbishment of the display area meant that it ran until 1985.

Another temporary display was presented in 1986. This served a double purpose. In that year the International Numismatic Congress was staged in London and it also happened to be the 150th anniversary of the founding of the Royal Numismatic Society. Instead of presenting a purely numismatic display, it was decided to focus the exhibition on money, thereby placing coins, paper money, ingots, coin weights and more in a broader monetary context. It soon became apparent that this pioneering approach was right. The exhibition drew the crowds and, at the same time, the admiration of the numismatic community. It is said that imitation is the highest form of flattery. Certainly, other museums around the world adopted this approach. This spurred the British Museum to have its own Money Gallery.

The Department of Coins and Medals was promised the space for such a gallery, providing a sponsor could be found to fund the cost of refurbishing the space and providing the display units. Sponsorship was secured from HSBC Holdings plc, one of the world’s largest banking and financial services organizations.

HSBC’s generous donation of £1.8 million supported an international display, showing money that was simultaneously invented in China and Western Europe, as HSBC was marketing its global reach. (Full disclosure: Author John Andrew worked for HSBC at the time and acted as an unofficial adviser to Andrew Burnett, then keeper of the Department of Coins and Medals, and to Joe Cribb, the leader of the curators, who were working on the project.) The Money Gallery opened in 1997 and HSBC’s sponsorship has long since ended. The Gallery closed in December 2011 and remained closed through to June 2012 for the extensive work undertaken.

The Citi Money Gallery certainly places money in a historical context when the contemporary global economic situation is under close scrutiny. The entire object selection and design of the gallery has been refreshed. New thematic approaches are used on either side of the gallery.

One side considers the authorities behind the issue of money — the rulers, governments and institutions that placed it in circulation, backed and guaranteed its value.

The other side focuses on individuals. For example, what they used money for, including the social and cultural significance that it has had, as well as its financial uses. These themes progress chronologically, allowing visitors to walk through the history of money.

The beginnings of coinage and the way in which money has taken different forms around the world is explored. The early exhibits include Lydian electrum coins, thought to be among the oldest coins in existence, as well as Chinese bronze spade and knife money and Indian punch-marked coins.

Other themes in the gallery include the manufacture, counting, saving and hoarding of money; and its ritual and religious uses, including burying coins with the dead and its use on pilgrimages and for alms-giving. The magical properties of coins as talismans are explored as indeed is the problem of forgery.

In the modern-day part of the gallery, sections examine modern economic institutions, banking, financial crises and who, or what, guarantees the value of the currency in circulation.

As the means of making payment is an area that has been subject to quite sweeping changes in recent years, the curatorial staff will regularly update the gallery’s content. Naturally, it will include information about the advent of plastic cards, but it will also feature ways that money continues to change lives.

To create brand-new case studies for the gallery, the curatorial staff at the British Museum has already been working with the Institute for Money, Technology and Financial Inclusion at the University of California, Irvine. The first featured case study details the use of mobile phones to make payments in Haiti following the devastating earthquake of 2010. The quake almost completely destroyed Haiti’s banking infrastructure, and since then the use of mobile phones for spending and saving money has increased dramatically. In this area of technology, Haiti is ahead of Europe and America, which are only just beginning the trial use of mobile money systems and cashless payments on a large scale.

The gallery will also feature new finds and new hoards as they are discovered. The British Museum’s Department of Coins and Medals works closely with the Portable Antiquities Scheme and many single finds as well as newly found hoards come to the museum for both identification and conserving.

New discoveries regularly unearthed from the ground continually change the way we think about the history of Britain. These new ideas will be presented in the gallery. However, the gallery will have global appeal.

As galley curator Catherine Eagleton explains: “For me, the history of money is a way to look at the history of the world. This new permanent display at the British Museum is exciting and timely because it looks at money and the ways that people use it, and how that has changed over the last 4,500 years, as well as how it might change in the future.”

As in the past, visitors are able to handle objects, with assistance from volunteers in the British Museum’s Hands On program. Guided tours of the new gallery will be available as part of the Eye-openers program. From autumn 2012, the British Museum will pilot a new five-year educational program based in the gallery, working with secondary schools and community groups.