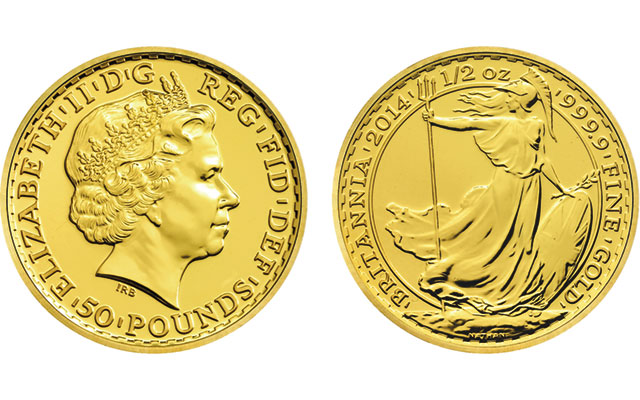 The Royal Mint has added a half-ounce £50 gold coin to its Britannia bullion program. 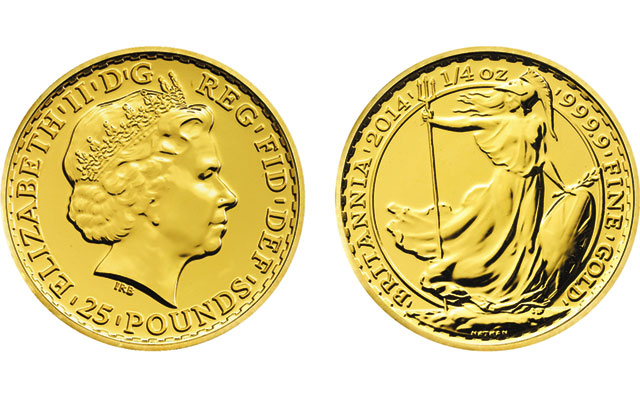 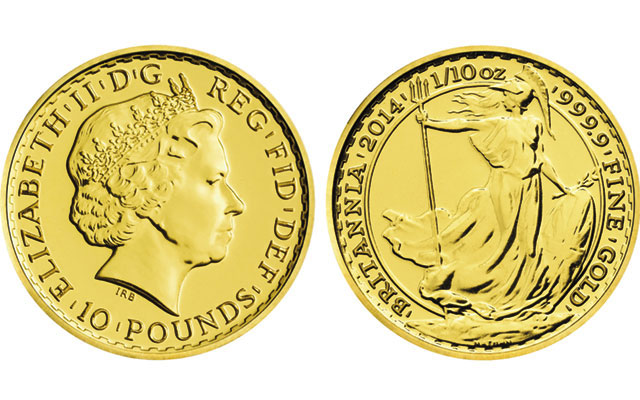 The Britannia bullion program is growing again, by getting small.

The Royal Mint announced Oct. 30 that it was adding three fractional sizes to its gold Britannia bullion program — half-, quarter- and tenth-ounce coins.

Though already offered in Proof versions, those sizes have not been part of the bullion program, until now.

The move is the latest effort to wrest market position from the leading mints and bullion programs, including notably the American Eagle, the Canadian Maple Leaf and the Austrian Philharmonic, plus the Perth Mint’s gold Kangaroo program and silver Kookaburra coins.

The expansion of the Britannia program follows the Royal Mint’s Sept. 22 announcement of a new bullion trading website, which unlike other mints allows customers of the Royal Mint to buy gold bullion coins directly.

The new coin additions “will offer a choice of increments to customers looking for versatility and a more easily divisible portfolio,” according to the Royal Mint’s Oct. 30 announcement.

The new trading platform may be accessed 24 hours a day, 365 days a year in order to buy and sell bullion coins directly from the Royal Mint. With minimum order sizes, the Royal Mint will also store the coins in “The Vault,” at its site in Wales, in an effort to court buyers who are concerned about safety issues.

The trading website provides constantly updated live prices for gold and silver at a rate linked to the current precious metal price.

As part of its Vault storage service, the Royal Mint guarantees to offer purchase or “buy” quotations from customers wanting to sell their coins, with the money being deposited in their account for withdrawal or further purchase.

Collector Basics: What is a bullion coin?

The Britannia .9999 fine gold bullion coins feature the Ian Rank-Broadley effigy of Queen Elizabeth II on the obverse. The reverse shows the standard Philip Nathan design of a standing, windswept Britannia holding a trident in her right hand and an olive branch in her left hand.

Britannia .9167 fine gold bullion coins were launched in 1987 in 1-ounce sizes, followed by the launch of Britannia 1-ounce .958 fine silver coins in 1997. Proof versions of both silver and gold series have been offered at various times, including fractional sizes.

The Britannia design has also changed numerous times to try to sustain interest, but the irregularity of the design changes may have confused some buyers and collectors.