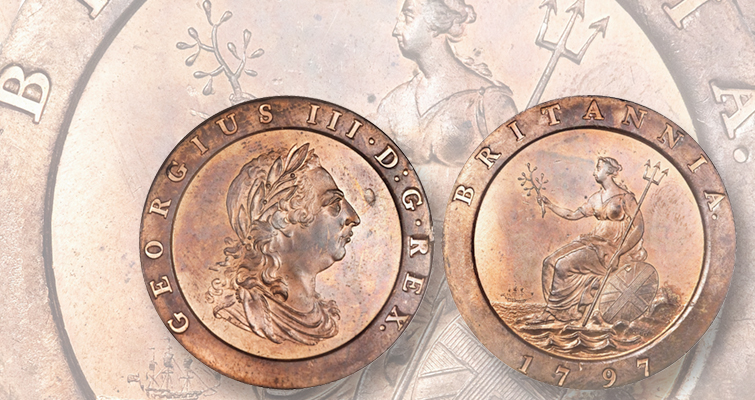 When a shortage of circulating coins affected Britain, private minters Matthew Boulton and James Watt struck 2-ounce copper 2-penny coins. These “Cartwheels” were too burdensome for the public, but they represent an important development for coinage technology. 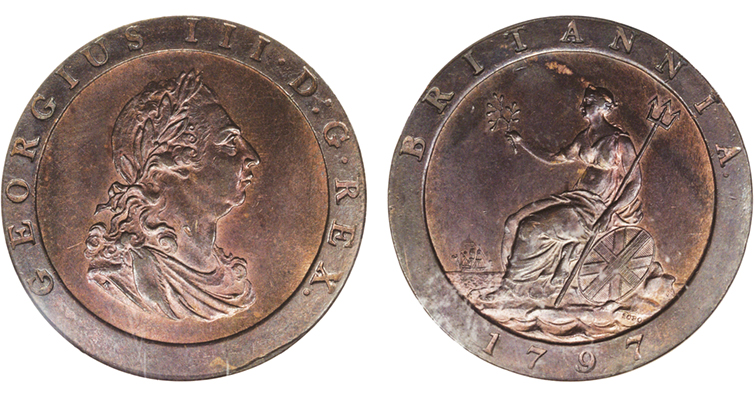 Editor's note: this is the third part of a feature story by Jeff Starck about coins that are important, iconic or interesting. The story originally appears in the September monthly issue of Coin World.

The penny would become the dominant English coin from the late eighth through 13th century, and would remain a staple of British coinage (though they are no longer issued in silver) until present day.

In the late 1700s, a serious shortage of coinage in England led to an abundance of counterfeit coins and merchant tokens to fill the shortfall unaddressed by the Royal Mint since the 1775 release of copper coins.

In June of 1797, inventor Matthew Boulton received royal permission to strike copper coins at his private mint in Soho, Birmingham, to help fill the need.

Boulton (along with business partner James Watt) applied steam technology to the world of coin production, being able to produce perfectly round coins of identical weight, more rapidly and each with more definition than coinage from the screw press of old.

According to Doty, the coins struck at the Soho Mint are “the first truly modern coins.” These were possible because of developments in technology wrought by the Industrial Revolution.

The penny and 2-penny coins were affectionately known as “cartwheels.”

The name (not to be confused with the “cartwheel effect” visible on large silver coins like the Morgan dollar) is because they were extremely large compared to other coins of the time.

After decades of subpar coinage, Boulton set out to restore the public’s faith in minor coinage, Doty wrote. His answer was to produce coins that actually had their intrinsic value of metal, so the penny, measuring 36 millimeters in diameter, weighs exactly 28.35 grams, or 1-ounce avoirdupois (that is not to be confused with the troy ounce, which weighs 31.1 grams).

The 2-penny coin weighs twice that, 56.7 grams, and measures a whopping 41 millimeters in diameter. Think of a American Eagle 1-ounce silver dollar, but twice as heavy, and that’s the 2-penny coin.

The penny is often found worn, indicating that it was accepted enough to circulate widely, but the 2-penny piece was simply “too heavy and clumsy to be of much use,” according to Doty.

All of Boulton’s large copper penny and 2-penny coins are dated 1797, but production continued for several years.

The effect of machinery on minting led to another iconic coin thousands of miles away from and nearly 100 years later than the Cartwheel penny. 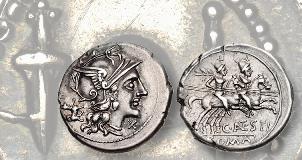 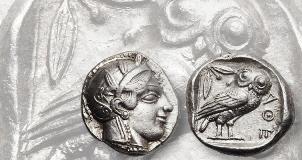