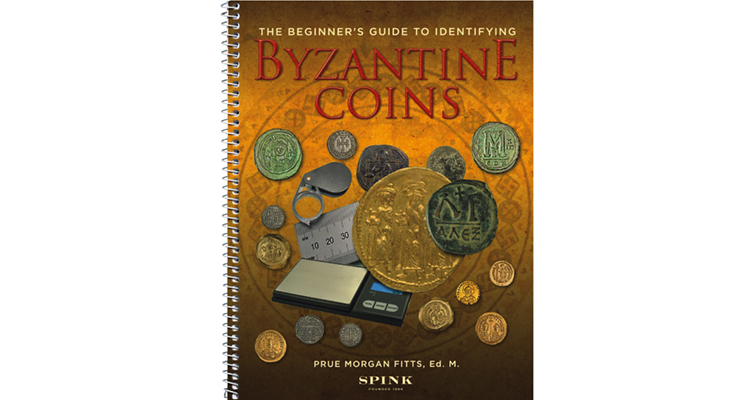 Prue Fitts has authored a book aimed to give beginners an easy introduction to the complex, sometimes confusing series of coins issued under Byzantine rule.

A book project once measured in months but that morphed into years is now complete.

Prue Fitts’ exhaustive research to complete The Beginner’s Guide to Identifying Byzantine Coins is realized in the new reference, recently published by Spink. Fitts debuted the book during the American Numismatic Association World’s Fair of Money in suburban Chicago.

Work on the book originally began about five years ago, and was completed with the assistance of an author grant from the Central States Numismatic Society.

This book covers coins of the Eastern Roman Empire from Anastasius I (491 to 518) to Constantine XI (1448 to 1453), with an overview of the period of Diocletian in 284 to the succession of Anastasius I as an introduction to the coinage.

Specifically designed for the beginning collector of Byzantine coins, this book is not intended to be a scholarly work but, rather, a quick reference for coin identification. Identification can be a challenge particularly with those coins that are the most affordable. Many coins have only partial legends and worn designs, but most coins carry enough information that they may be identified.

Fitts’ work does not cover the holdover aureus from the Western Empire, coins from the collateral areas of the Arab-Byzantine, or the coins of the Turks and other successors who produced coins of similar design. Neither does it cover forgeries.

The book is available from Charles Davis for $35 plus $5 shipping and handling. Visit Davis’ website.