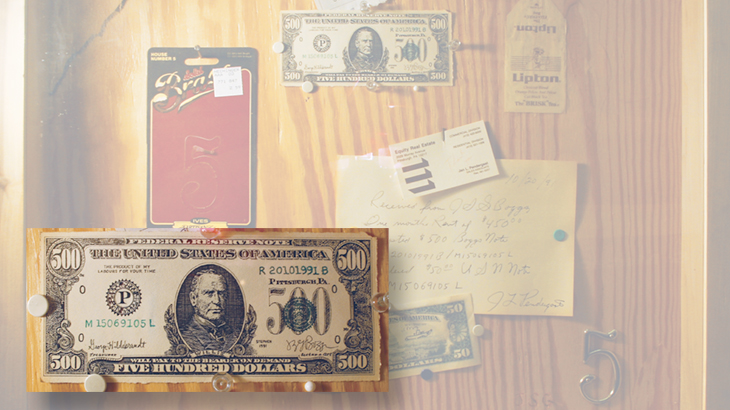 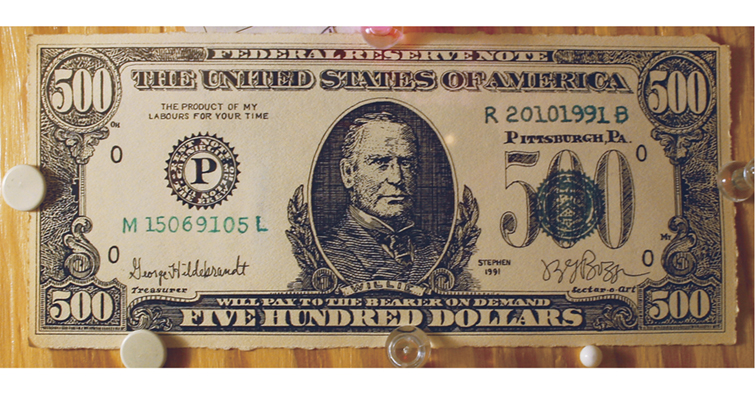 A hand-drawn replica of a $500 note created by artist J.S.G. Boggs, along with supporting material, is offered in a Nov. 30 auction by Numismatic Auctions LLC. 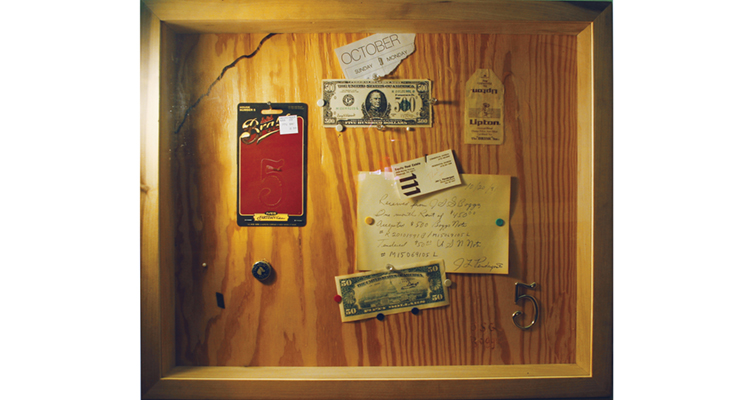 Supporting documentation for the Boggs' sketch "October Rent" is part of the lot, all framed within a wooden box.

For example, Boggs may draw a $10 bill and then use that artwork to purchase a piece of pie and coffee at a restaurant. The work of art is larger than the individual note, encompassing the receipts, the goods he purchased and any change that was received. Documentation of the entire transaction, including the Boggs bill, constitutes the work of art.

The framed piece includes a $500 “Boggs bill” with a portrait of William McKinley, though named Willie on the note, consistent with the artist’s practice of changing certain details or wording. Also included is the change — a genuine contemporary $50 Federal Reserve note — along with the original receipt signed by the landlord, a brass numeral “5” of the type found on an apartment door, the store package for the numeral, a bottle cap, Lipton tea wrapper, real estate business card, and a portion of the October calendar for that year. The drawn bill is signed by the artist, and the entire piece including its various components carries an estimate of $7,500 to $15,000.

Boggs’ works are in the collections of major museums worldwide including the Art Institute of Chicago, New York’s Museum of Modern Art, and the British Museum in London. While Boggs has gotten into trouble with the law in the United Kingdom and the United States, Boggs maintains that his transactions are a type of performance art and that he is not a counterfeiter.

Steven Davis cataloged the piece, writing, “This is a wonderful and early ‘Complete Transaction’ performed by the artist,” adding, “Complete Boggs transactions are difficult to come by, let alone one featuring a $500 Boggs bill.” For more information, contact the firm online at http://www.numismaticauctionsllc.com/ or by phone at (517) 394-4443. 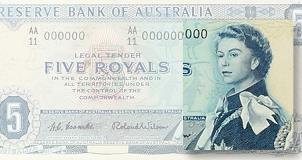 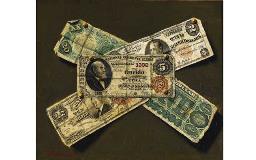 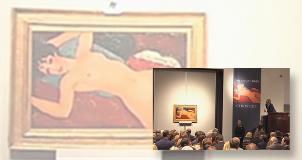