An unfamiliar currency has reached some familiar landscapes, introducing dynamics that differ from what many are accustomed to.

Bitcoin is gaining acceptance at some convenience stores, where cash-only signs have long appeared.

The nontraditional cryptocurrency has soared (and fallen) over the last 12 months, and as of Oct. 27, sits at $5,710 per unit — mind you, a single bitcoin was worth roughly $7.50 this time in 2012 — that’s more than a 76,000 percent increase in five years, a figure commanding attention.

As the price rises for this innovative cryptocurrency, those same neighborhood corner stores that once only accepted cash may now become hubs for your latest Bitcoin dealings.

As the Post-Gazette, of Pittsburgh, reports, two Bitcoin ATMs  are now operating at relatively small and nondescript convenience stores in a few neighboring towns on the outskirts of the city.

Traditional money enthusiasts are quick to question the long-standing value of the cryptocurrency, or if society even warrants these machines.

Tim Grant of the Gazette writes that “the manager at the Liberty Avenue store reports a steady stream of customers coming in daily, with some depositing cash to buy quantities of virtual currency and others cashing in some of their bitcoins to get the U.S. currency more commonly accepted when buying snacks at the counter or paying the mechanic.”

ATMs in mini-marts of small suburban neighborhoods? It doesn’t get much more normal than that. That normalcy Bitcoin is starting to garner could be a pivotal point in projecting the future of the cryptocurrency.

Bitcoin ATMs have been in the states for roughly four years, and marked a significant step for the embattled currency. Before that time, all dealings were done on the web.

As of Oct. 1, however, Bitcoin boasted 500 global ATMs — 150 of them calling the United States home.

Bitcoin can be manipulated like no other currency, and the values are changing every single day. Therefore, the ATMs are even more unique.

The ATMs do a little bit of everything. The downside is their high premium for buying bitcoins, which can be anywhere from 10 to 20 percent above the market price. Note that this price is perceived value from buyers and sellers, thus making the value fluid.

To buy bitcoin at an ATM, you need a phone number, or you can scan your driver’s license. If you opt to use your phone number, you'll get a code sent via text message.

Users will then download the Bitcoin app on their smartphone, enter the code into the machine, and then, when prompted, scan their virtual bitcoin wallet.

Finally, users put their cash into the slot and hit “finalize transaction.” The selected amount of bitcoin units will be sent to your account.

One extremely flexible aspect of BTC is that ATMs can sell as little as $1 and a single unit can be broken down to .00000001. Pretty cool, right?

The future of bitcoin ATMs remains sketchy, as experts have pegged the machines as an easy target for money laundering and other illegal practices.

“Some bitcoin ATMs may have questionable anti-money laundering practices and procedures that allow people to go from [traditional] currency to Bitcoin without it being traceable to them,” said Austin Mills, head of the blockchain and cryptocurrency group at Atlanta-based law firm Morris, Manning & Martin LLC.

There's still plenty to unwrap in the world of cryptocurrency, but these ATMs and the advancement of making the transactions more accessible suggests a bright future for the monetary alternative long term.

Only time will tell. 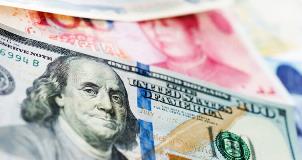 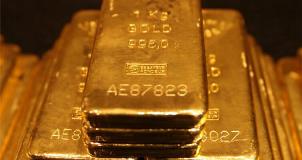