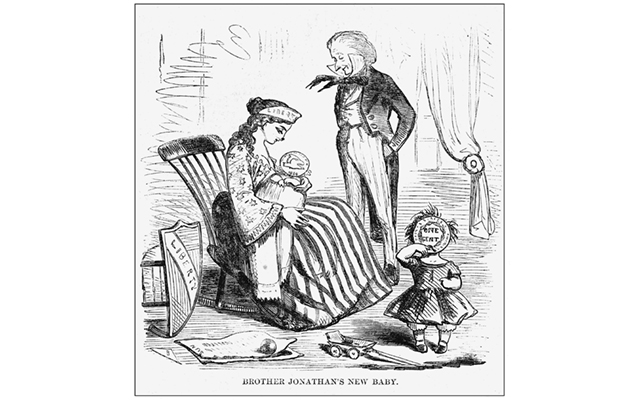 The hobby of numismatics got under way on a grand scale in 1857 when the Treasury announced that copper cents and half cents would be discontinued and replaced with a small-diameter cent made of copper-nickel and depicting a flying eagle. Close to 1,000 pattern cents dated 1856 were struck and distributed to congressmen, newspaper editors, and others of influence to educate the public as to the coming change.

A wave of nostalgia ensued as citizens sought to save one each of every date they could find of the copper “pennies” that were a part of childhood memories.

At the time, no catalogs or books told the mintage, rarity, or value of coins. Much was therefore guesswork. Montroville W. Dickeson, whose American Numismatical Manual was published in 1859, stated that cents of 1793, considered to be scarce, could still be found in circulation.

In 1857, Historical Magazine made its debut, a monthly with many features about coins. Teenaged Augustus B. Sage wrote a column about coins for a New York City newspaper and in Boston Jeremiah Colburn did likewise. Try as they might, no one was able to find a cent dated 1815. It was finally concluded that none were struck that year.

On Dec. 28, 1857, seven collectors met in Philadelphia with the idea of forming a coin club. On Dec. 1, 1858, the Philadelphia Numismatic Society held its first meeting with eight in attendance. By year’s end, 25 were members.

In New York City in March 1858, a group of interested collectors met at Sage’s home, upstairs at 121 Essex St., to form the American Numismatic Society.

Tokens and medals depicting George Washington were especially hot tickets for collectors. Colonial coins, half cents, and large cents found ready buyers. Choice cents of 1793 attracted a lot of attention and were apt to sell for several dollars each, or more.

Silver coins prior to the Seated Liberty series, gold coins from 1795 to 1834, plus gold dollars, found ready buyers, as did Proof coins. It is thought that in 1858, 210 silver Proof sets were struck. Patterns were in strong demand. Pattern 1856 Flying Eagle cents were worth up to $2 by year’s end — if you could find one. This was more than a day’s wages for a typical citizen.

This was also the beginning of rare coin auctions being conducted on a regular basis. None other than Augustus Sage cataloged all three of the sales held in 1858.

Enthusiasm and excitement prevailed. What a nice start!