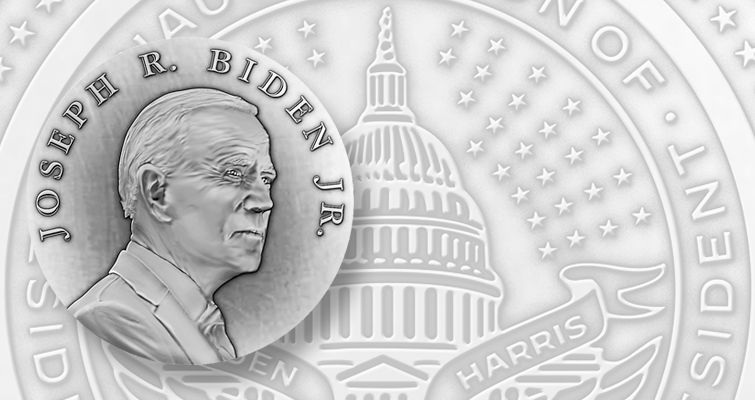 At $1,200, the silver Biden medal is among the most expensive issue prices for an official presidential inaugural medal offered in silver.

Collectors will be able to buy official Joe Biden presidential inaugural medals in bronze and .999 fine silver versions before Biden takes the oath of office as the 46th president of the United States Jan. 20.

The $1,200 issue price per silver medal is among the highest for a silver official presidential inaugural medal. The President Obama 2013 medal was priced at $1,250.

The silver and bronze medals are both 2.75 inches in diameter. The offering does not designate the weight of the medal in troy ounces. Biden Inaugural Committee officials did not respond to Coin World inquiries by press time.

The bronze medal is offered at $65 each.

The obverse of the inaugural medal features a portrait of Biden facing right, with JOSEPH R. BIDEN inscribed around.

The reverse design features 50 five-pointed stars around the outer border and the date. Crossed branches join the  inner border at the 6 o’clock position, above which is a shield bearing three five-pointed stars and six vertical stripes. Around an inner circle is inscribed INAUGURATION OF PRESIDENT AND VICE PRESIDENT.

The central device on the reverse is the U.S. Capitol dome, with 25 five-pointed stars in the left field and another 25 stars in the right field.

Below the dome is a ribbon inscribed BIDEN left and another inscribed HARRIS right.

The Capitol dome and ribbons are supported by the outstretched wings of an eagle, just above the shield.

The silver and bronze medals are being struck by the Medalcraft Mint in Green Bay, Wisconsin.

No official inaugural medal was authorized for Donald Trump. Trump would not approve any of the designs Medalcraft Mint offered for his medal.

The official Biden bronze and silver presidential inaugural medals are being offered online at https://store.bideninaugural.org/.

A separate, colorized bronze medal featuring both Biden and Harris is being offered at $100 each through https://www.whitehousegiftshop.com/product-p/joebidencoin-inauguration.htm.

The medal is the first in a Historic Moments Series to be issued by the White House Gift Shop.

The colorized Biden-Harris medal was designed for the White House Gift Shop by Anthony Giannini, United States Air Force Reserve, and board director and CEO of Strategic Systems Corp.

The colorized medal features Biden on the obverse and Harris on the reverse.

Biden’s image appears to the right in the central device, superimposed over the White House with the Presidential seal centered below.

Harris’ image appears as part of the central device on the reverse, superimposed over the U.S. Capitol and an American flag, with the Vice Presidential seal centered below.

The colorized medal is to be edge numbered incuse and is limited to a release of 7,500 medals. 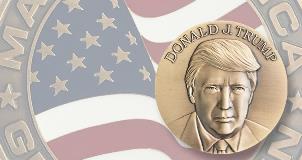 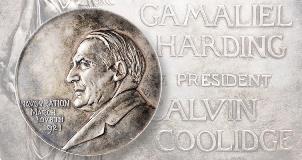 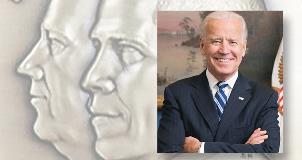