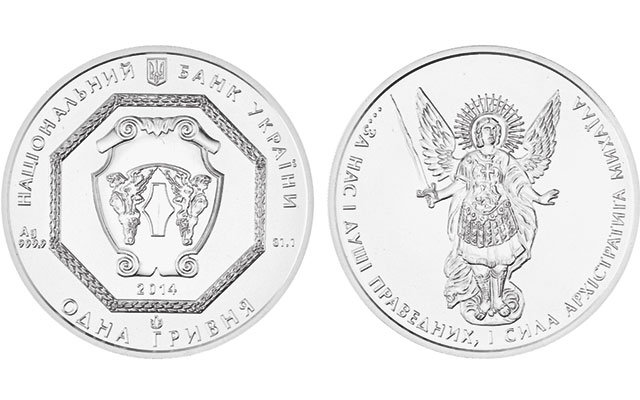 The Ukrainian silver 1-ounce bullion coin is rarely seen in the United States, but examples were available from some dealers in Berlin during the World Money Fair. 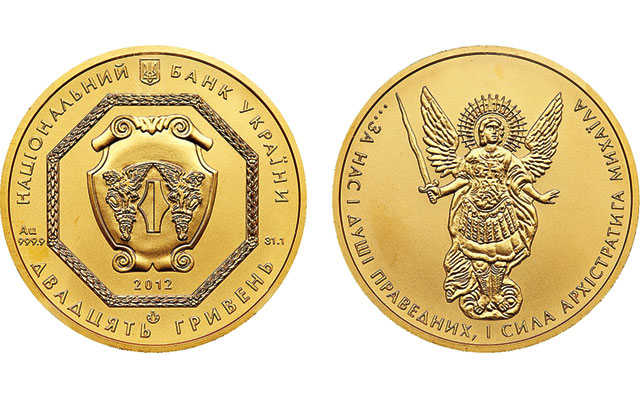 Finding a modern 1-ounce silver bullion coin with a mintage below 25,000 pieces, for about $30 U.S., might seem like an impossible task.

But attendees at the World Money Fair in Berlin in late January and early February had the chance to acquire a coin from Ukraine that fit the bill.

At least one dealer, and the National Bank of Ukraine itself, was selling the 2014 coin for the equivalent of $35 or less.

In 2012 the program was expanded to include tenth-ounce and half-ounce .9999 fine gold coins.

Multiple auctions of the 2014 silver bullion coin at eBay.com over the past month have realized between $30 and $40 U.S. per coin. In comparison, the Perth Mint’s 2014 Year of the Horse 1-ounce silver dollar, which had a sold-out mintage of 300,000 pieces, trades for about $38 today.

At the time of writing on Feb. 13, four major world bullion sellers — American Precious Metals Exchange, Silvertowne, Modern Coin Mart and Modern Coin Wholesale — did not offer any of the Ukrainian coins, indicating how scarcely the pieces are found in the United States.

Coin World did not inquire about gold bullion coins at the show, but recent prices in Ira & Larry Goldberg Coins & Collectibles’ Jan. 27 and 28 auction suggest opportunities for buyers looking for sleepers.

None of the Ukrainian gold coins, in any of the sizes, have mintages greater than 8,000 pieces.

In comparison, the Proof 2011-W American Eagle quarter-ounce gold $10 coin, with a mintage of 9,971 pieces, has a retail price of $430 to $440 per Professional Coin Grading Service price guide.

Full mintage figures for the Ukrainian series are posted at a special page of the National Bank website.

The Ukrainian bullion coins show the Archangel Michael on the reverse, with text in Ukrainian.

The obverse of the Ukrainian coins features the coat of arms of Ukraine and the emblem of the National Bank of Ukraine.