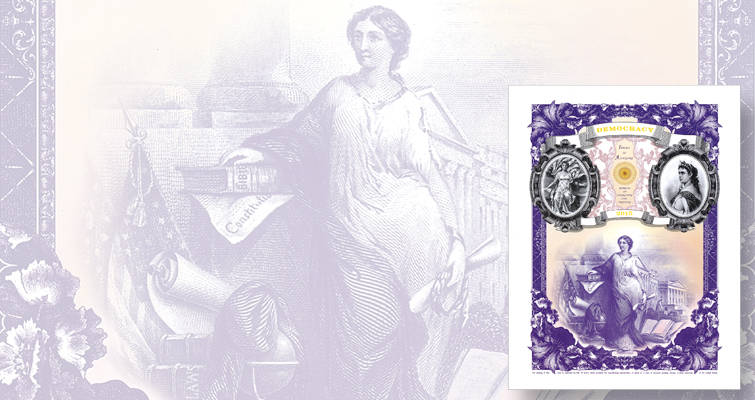 The BEP is issuing a print titled “Ideals in Allegory — Democracy” that features three allegorical figures, all women. The print becomes available Dec. 1.

The Bureau of Engraving and Printing on Dec. 1 will release a new intaglio print recognizing allegorical female figures “that represent a government of the people, by the people, and for the people.”

The print is titled “Ideals in Allegory — Democracy” and features three allegorical figures, all women. It is produced by the intaglio printing method from engraved plates, which forms raised lines of ink on the paper and forms a three-dimensional effect, and also bears some offset printing elements.

The three vignettes used all are from the BEP archives.

The vignette at the top left of the print depicts Government. It is cataloged as Miscellaneous Die #14996. The vignette was engraved by William O. Marks in 1940.

Marks joined the BEP in 1917 as an apprentice. He engraved various stock transfer stamps showing prominent individuals, among other work. He retired from the BEP in 1955.

The seated figure engraved by Marks faces the viewer, her form covered in long robes. A shield is strapped to her left forearm and she holds a rolled-up document in her right hand. The American flag flies behind her. The design is held within an oval frame. Both the frame and vignette are printed in black ink, though only the vignette is intaglio.

The top right vignette depicts Columbia, the personification of America. It was printed from Miscellaneous Die #2349, engraved in 1876 by Charles K. Burt. It was used for a Distilled Spirits for Export Stamp in 1878. ngraver

Burt was born in Scotland in 1823 where he first apprenticed as an engraver at the age of 12. He moved to the United States in 1842 and worked for several security printing firms for years. He was not an employee of the BEP, notes engraver historian Gene Hessler, but he produced engravings for the bureau for 20 years. Among his works appearing on federal paper money is the Baptism of Pocahontas, which is found on certain large-size $20 national bank notes.

Columbia is shown from a perspective slightly behind her left shoulder. Columbia’s face is turned slightly to her left. She wears a starred diadem and is dressed in robes. She holds a staff of some sort in her right hand. This vignette, too, is printed in black ink and is framed.

The largest vignette on the print, at bottom center, is of Diplomacy. The engraving is from Miscellaneous Die #4105, originally an American Bank Note Co. die. It was engraved by Robert Ponickau in 1894.

Ponickau, according to Hessler, was born in Germany in 1846 and immigrated to the United States. He was employed by the BEP in 1893. Among his engraving works is Eagle With Flag, found on large-size $1 Federal Reserve Bank notes.

The vignette shows a female figure standing in front of several columned government buildings of the classical style. Her right hand rests on a Bible that is lying atop a copy of the Constitution. Her left hand holds a laurel wreath and a rolled document. She is clothed in classical robes. Various elements lie at her feet, including a globe, an American flag, several more books (one labeled “Laws”) and more. The vignette is printed in light purple ink with pink accent tones.

In addition to the intaglio elements, the print bears offset printing — the oval frames around the two smaller vignettes and the border around the overall print. 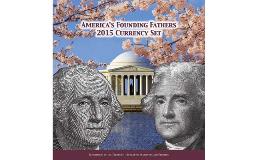 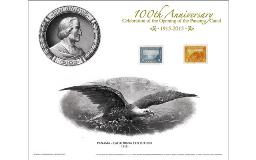 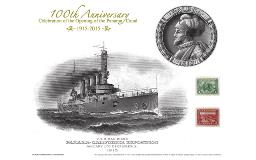