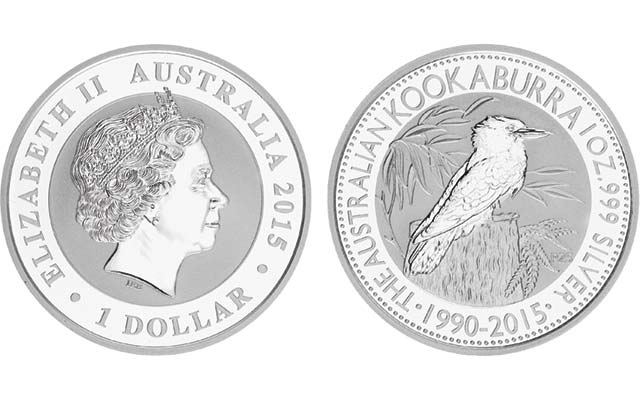 To celebrate the 25th anniversary of the popular Kookaburra silver bullion coin, Australia issued a dual-date version this year that reads 1990–2015. 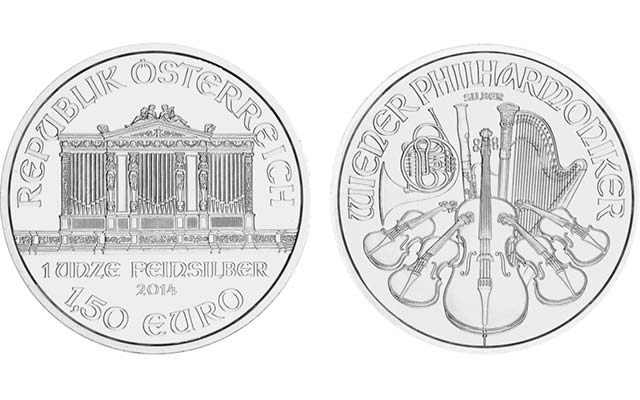 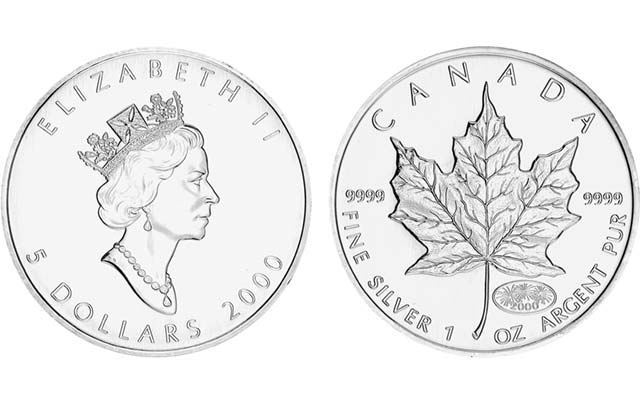 Canada took a beloved symbol from its flag and turned it into a very successful bullion coin series. Next to the silver American Eagle, the Maple Leaf is America’s favorite bullion coin. 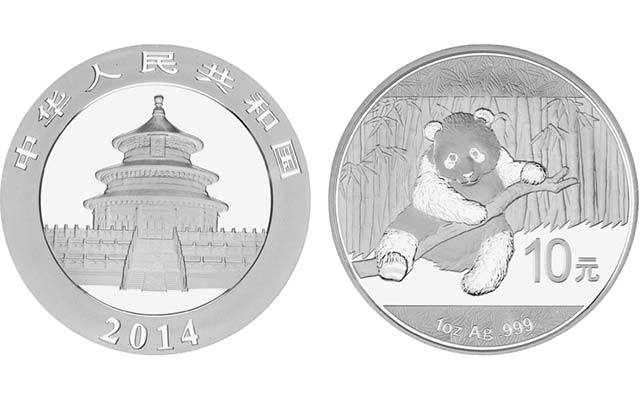 Controversy swirls around the 2015 Panda, as it is inexplicably missing the important weight and silver fineness numbers that are seen on this 2014 example. 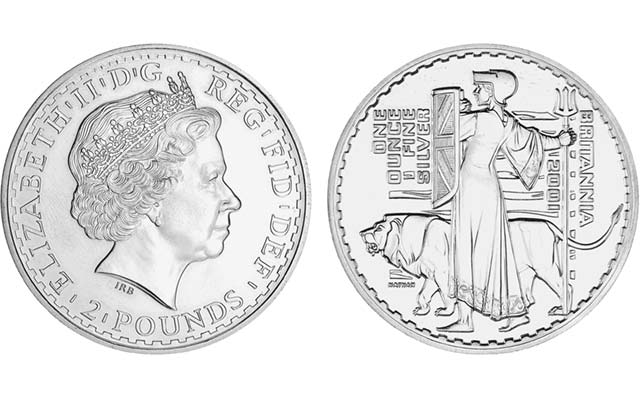 Britannia’s popularity is on the rise since Great Britain changed the silver purity level from .958 fine to .9999 fine in 2013. Pure silver is the current international bullion standard. 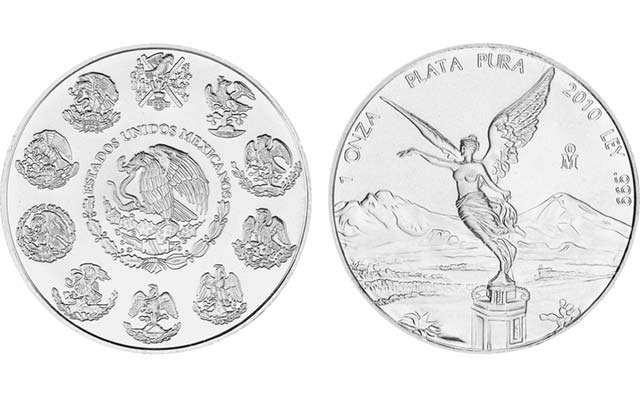 Mintage numbers for the Mexican Libertad go up and down but the beauty of the coin remains consistent. Winged Victory is referred to as both a rendition of the Greek goddess Nike and as the angel of independence. 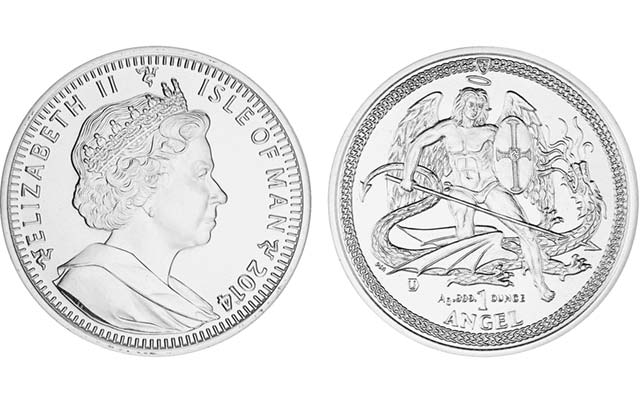 Investors can always use a little luck, and this coin purports to have it, the lucky Angel of the Isle of Man. The dramatic reverse design shows St. Michael the archangel defeating a dragon in battle. 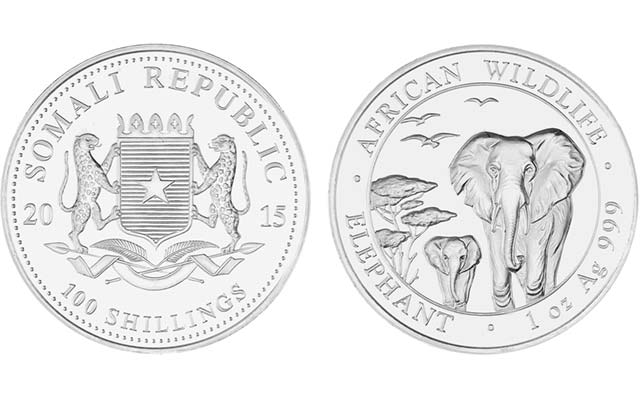 Wild elephants are seriously endangered right now so anything that can bring some awareness to their plight is a good thing, including a bullion coin. The Somali Elephant bullion coin always shows the animal in its wild state.

According to a Forbes magazine article, 1,826 billionaires inhabit the world.

If you are not on that list, you can still be a “bullionaire.” All you need is about $20 to buy an ounce of silver in bullion form from any one of the dozen or so nations that issue bullion coins.

There are a few differences between a bullion coin and a regular coin. Both are legal tender but the initial cost of the Uncirculated bullion issue is tied to the current price of silver more than to collector value. The weight and purity level is generally displayed on the bullion coin. The 1-ounce size is king, but smaller and larger weights abound.

One question often asked, by those new to the world of bullion coin collecting, concerns the slight differences in value among nations. In one word, the explanation is “trust.” Whether investing in stocks, bonds, or precious metals, investors need to feel secure.

American investors trust American Eagles the most. A close second are the Maple Leaf bullion coins of Canada. Australian, Austrian, and British coins inspire trust because they are made by established national mints. And it helps that these democratic nations have stable governments and economies.

New world bullion series and those that are tougher to find tend to cost more due to demand, but prices are less volatile with well-established series. Sales on eBay illustrate this, as well as the preferences of American world bullion collectors.

A chart at the bottom of this page shows the average cost of popular 2015 one ounce silver world coins and how they compare to American Eagles. These averages were obtained looking at the highest and lowest costs among the 200 most recently completed transactions by early March, 2015. (I had to use two years to obtain enough sales for the Austrian average.)

The following list of eight different world bullion silver coins can make a bullionaire out of anyone.

Australia’s Kookaburra is first and comes from a very prolific place for silver bullion coin production. Sales of this native bird series eclipse the sharks, crocodiles, kangaroos and lunar year animal series from the same issuer. This year, the Kookaburra celebrated its 25th anniversary with a 1990–2015 dual-date issue.

The Austrian Wiener Philharmoniker or Vienna Philharmonic was first issued in 2008 and is now Europe’s most popular silver bullion coin. Its best year for production was 2011, when 17,873,700 were minted. The design features a collection of musical instruments on one side and, on the other, an ornate pipe organ.

Americans love the Canadian Maple Leaf almost as much as Canadians do. First launched in 1988, its sales reached 28,200,000 in 2013. The Royal Canadian Mint has more expensive variants for those wanting to collect embellished coins. The four categories of Maple Leaf special editions are: commemorative, privy marked, colored and with hologram, and nature themed.

The worldwide fondness for pandas is part of the secret of the success of the Chinese Panda silver bullion coin. The first non-Proof pandas appeared in 1989, and by 2014 annual sales had reached 8 million. The panda side changes slightly each year while the obverse always shows the Temple of Heaven. In 2015, the Panda coins omitted the weight and fineness, usual specifications included on bullion coins. That decision has generated some controversy in the coin community.

The Britannia silver bullion coin from the United Kingdom has been around since 1997 but has only been made of pure silver since 2013. Before that, the copper and silver alloy called “Britannia silver” (.958 fine silver) was used.

Sales tripled in 2013 and then tripled again in 2014 when 1 million Britannia coins were sold. The change was a good idea, apparently.

The “lucky” Angel silver bullion coins issued by the Isle of Man show the archangel Michael defeating the dragon. In the series begun in 1984 with gold coins, the Uncirculated silver bullion coin has been available only since 2014. Recent eBay sales show only a dozen completed auctions for pre-2014 Angels but more than 135 completed listings for the less expensive 2014 and 2015 coins.

The Mexican Libertad 1-ounce silver bullion coin debuted in 1982 and features the statue of Winged Victory on the reverse. Available in many sizes, the Uncirculated 1-ounce coin is the best seller. Final mintages vary quite a bit from year to year. For example, the total for 2014 of 429,200 was about half the mintage reported for 2013, and only a third of the mintage for 2011, which was 1,200,000.

Elephants, like pandas, are beloved animals worldwide so Somalia chose wisely when it created the Somali Elephant silver bullion coin in 1999. Design elements vary from year to year but always feature one or more wild African elephants front and center.