Bank of British North America note sells for more than $3,000 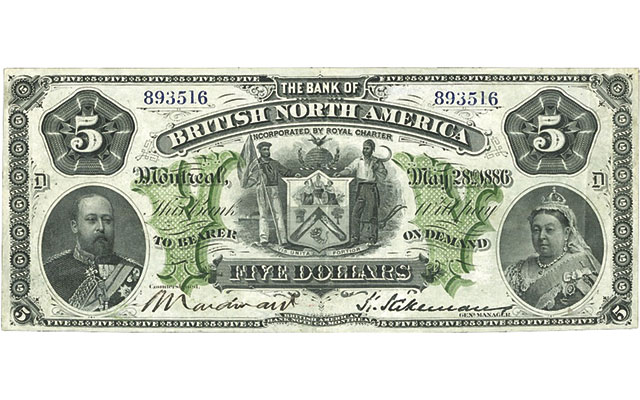 This elaborately engraved 1886 $5 note issued by the Bank of British North America in Montreal sold for $3,250 during the Jan. 27 to 28 Collector's Series Auction by Spink in New York.

Large cameos of Queen Victoria and the Prince of Wales appear on the face of the note. The bank, founded in 1836 in London, England, was incorporated as a Canadian chartered bank.