Baldwin to offer Prospero Library in September at fixed prices 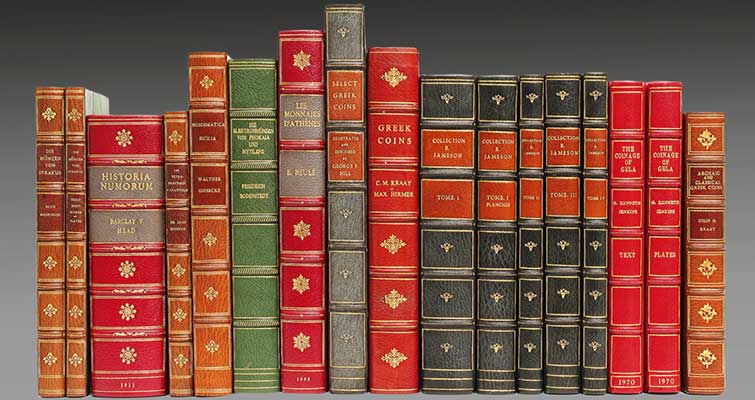 The Prospero library, owned by the anonymous collector whose Prospero Collection was sold in 2012 at auction, will be offered for sale in September. A sampling of rarities appears here; the full list will be available in several weeks.

In 2012, A.H. Baldwin & Sons Ltd. sold the Prospero collection of coins at an auction in New York.

Consisting of more than 600 coins from the archaic, classical and Hellenistic Greek periods, the collection was put together over several decades with the meticulous eye of the dedicated numismatist, and when it appeared on sale it generated tremendous interest and coverage from all corners of the numismatic world.

RELATED: How well did the Prospero Collection fare in 2012?

This extraordinary collection, however, was not limited solely to coins. Alongside them, Baldwin’s acquired the extensive accompanying library. The library contains hundreds of volumes referencing ancient Greek coins and has now, after years of meticulous work, been extensively cataloged by the firm's resident specialist Caroline Holmes, and is ready to be offered for general sale.

Collections of numismatic reference books of this caliber turn up extremely rarely, so this is an unprecedented opportunity for anyone who is looking to extend their library, or an exceptional starting point for those looking to build one.

“Many of the volumes are beautifully bound (with a number by the renowned bookbinders Sangorski and Sutcliffe), and are indicative of the fervor of their collector — stunning, rare, and extremely highly sought-after,” the firm said.

The Prospero Library goes on sale in September 2015, and the fixed price list will be distributed to the auction house’s “members” a week before general release.