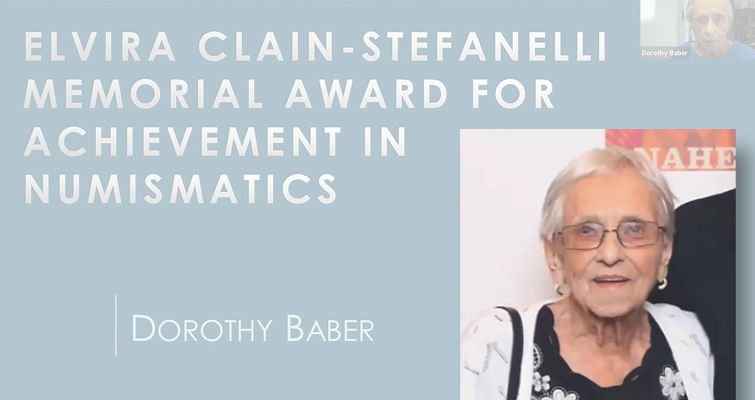 Dorothy Baber received the 2020 ANA Elvira Clain-Stefanelli Memorial Award for Achievement in Numismatics during a virtual ceremony this past September.

Images courtesy of the ANA>

Dorothy Baber, the 2020 winner of the American Numismatic Association’s Elvira Clain-Stefanelli Memorial Award for Achievement in Numismatics, has passed away at her home in El Cajon, California. She was 101.

A native of Kansas, Mrs. Baber moved with her husband Al and daughter Jean to California in 1941. In the late 1950s, Al developed an interest in coin collecting, which led Dorothy to an interest in the hobby.

Her focus was centered on the overall hobby rather than a desire to establish a personal collection of merit. Her active roles with local, state and national coin clubs grew as her interest in the hobby grew. She was a long-time secretary and past president of the Tokens and Medals Society.

Mrs. Baber was a member of the ANA for more than 50 years, serving on numerous committees and assisting in roles connected to the organization’s activities.

In addition to the 2020 Elvira Clain-Stefanelli Award, she was honored with numerous awards, including the Medal of Merit (1988), Glenn Smedley Memorial Award (1995), Farran Zerbe Memorial Award for Distinguished Service (1995) and a Presidential Award (1997). She shared the 2003 Lifetime Achievement Award with her family.

Away from numismatics, she was an active traveler, embarking on more than 30 cruises. Baber liked to say she “collected friends” in her work. She is survived by four generations, including son Larry Baber and daughters Jean Baber and Vicki Sue Owens. 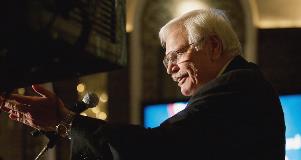 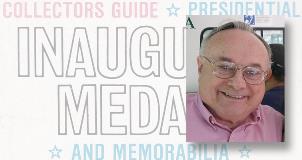 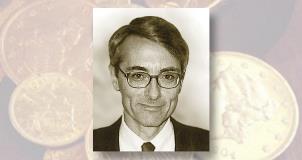