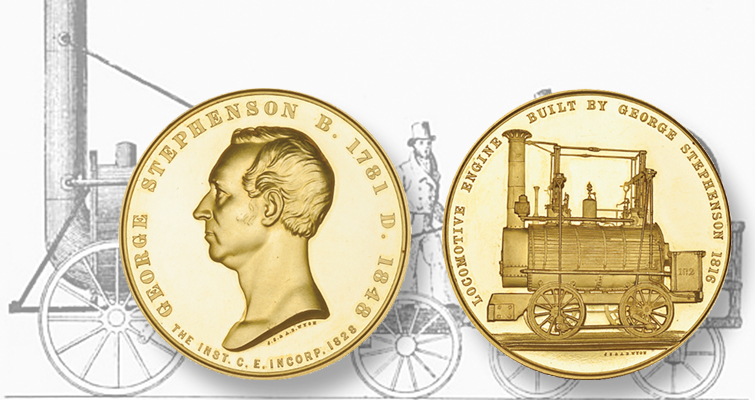 A uniquely edge-engraved gold medal awarded by the Institute of Civil Engineers around 1921 is offered in Dix Noonan Webb’s April 8 auction in London.

A gold medal offered in Dix Noonan Webb’s April 8 auction in London as part of “A Collection of Historical Medals, the Property of a Gentleman” commemorates two scientific minds from the 19th and 20th centuries.

The Institute of Civil Engineers awarded the medal to Reginald George Cyril Batson (and it is marked on the edge with his name) for his achievements during the 1920 and 1921 “session,” the medal says.

The medal depicts George Stephenson on the obverse, and Stephenson’s Locomotive No. 2 (Rocket), on the reverse.

George Stephenson was the engineer for the Liverpool and Manchester Railway, one of the earliest railways to open in England.

Batson was also an engineer and authored at least two books: Mechanical Testing: A Treatise in Two Volumes; and Roads: Their Alignment, Layout and Construction.

His award medal measures 48 millimeters in diameter and weighs 64.71 grams.

It is cataloged as  BHM 2311 in British Historical Medals 1760-1960, by Laurence Brown, and Eimer-1429 in British Commemorative Medals and Their Values by Christopher Eimer. 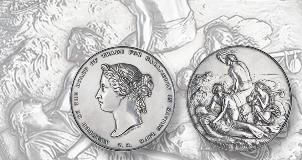 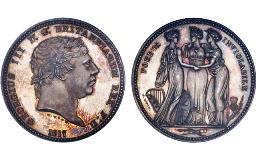 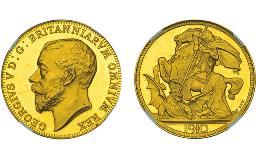