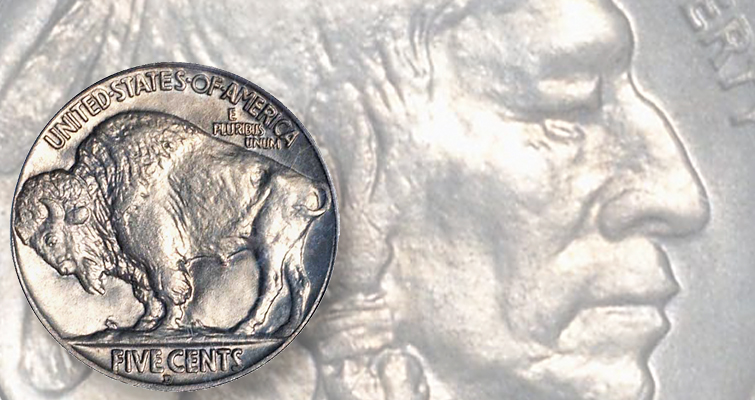 Finding a 1926-D Indian Head 5-cent coin with a sharply struck reverse will be a great challenge. 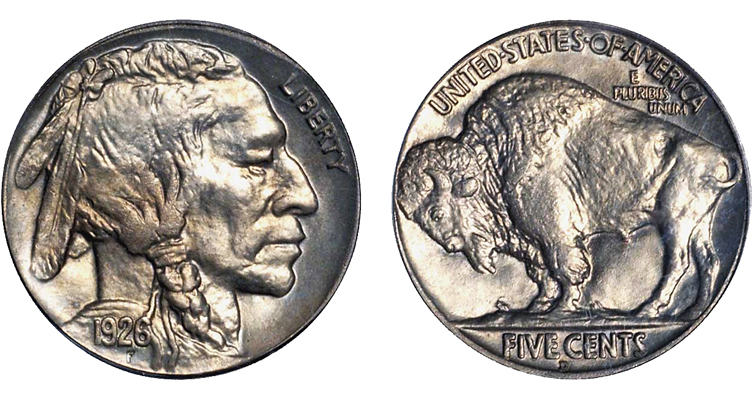 This 1926-D Indian Head 5-cent coin has full fur on the bison's head and above the leg — a rarity deluxe! 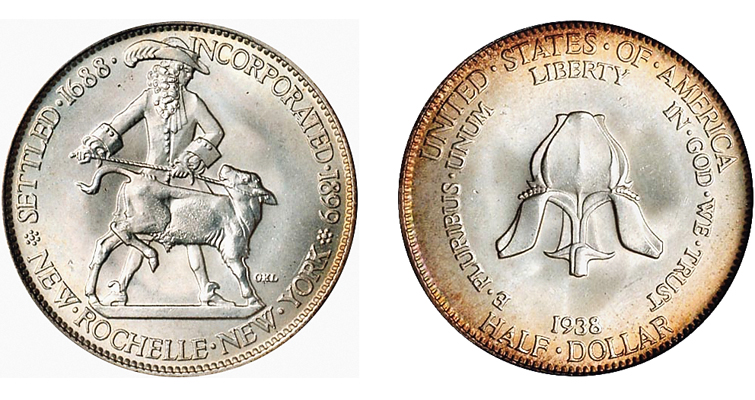 The 1938 New Rochelle commemorative half dollar. Finding a sharply struck gem will be a snap, as nearly all are nice. No effort required. Yawn.

The Joys of Collecting column from the March 7, 2016, Monthly issue of Coin World:

In many instances, the traditional About Uncirculated of a quarter century ago is today’s Mint State 60 to MS-62.

Certification services are not following the Official ANA Grading Standards for U.S. Coins, for many issues, or even Photograde, for that matter.

Is the solution to toss the old standards out of the window and adopt new, looser ones?

Financially, as I have mentioned, this is a win-win situation for most people involved. If a given coin certified by a given service can be flexible, and on second or third or fourth viewing it can graduate to a higher number, this doubles, triples, or quadruples the grading service profits.

To be a sophisticated coin buyer it pays, or used to pay, to “know the territory.” As examples, nearly all 1926-D Indian Head 5-cent coins are flatly struck on the reverse. On the head there is little fur. Above the bison’s shoulder there is little fur either.

At the Denver Mint in 1926 the dies were spaced too far apart, and the details in the deepest recesses did not strike up. Probably not one in 10 is sharp. However, the grading services make no mention of this, and with some patience you can find a sharp example, a rarity, but pay nothing extra! That is a win-win for you, and in a logical way. In contrast, the earlier-mentioned win-win situations are pointed out tongue-in-cheek.

In contrast, nearly all 1938 New Rochelle half dollars are well struck and beautiful. You could buy one just by looking at the label on the holder and, likely, would get a nice one.

To my way of thinking, to use a single number to evaluate the grade of a coin, which in today’s market also means to evaluate its worth, is rather silly. This is done only by ignoring eye appeal, planchet quality, sharpness of strike, and other factors.

Today in 2016 most buyers, especially newcomers, are addicted to numbers. Poorly struck 1926-D “nickels” certified in high grades are common and sell quickly — perhaps not to you by now, but to nearly all others.

By way of analogy, if houses were graded on a scale of 1 to 70, and you were offered a cottage that was a 55, would you buy it because of the number, or would you want to look at it? Or a Picasso print graded MS-60+? Or a George Washington autographed letter graded Very Fine 20? What about a used Volvo graded Extremely Fine 45? Or a Labrador pup graded AU-58?

The above seem silly, even preposterous, but they actually reflect what we use in numismatics. Perhaps a reevaluation is needed.

The above said, I will leave grading behind, at least for a while. Next week I will start a series on the illustrious history of the American Numismatic Society. Founded by teenager Augustus B. Sage in his family’s apartment upstairs at 121 Essex St. in New York City, today the ANS has the largest numismatic library in the world, is a center for research, and has a museum at its headquarters in lower Manhattan. Homework assignment: check out their website and then next week join me for my first column on the society, of which I have been a member since 1958.