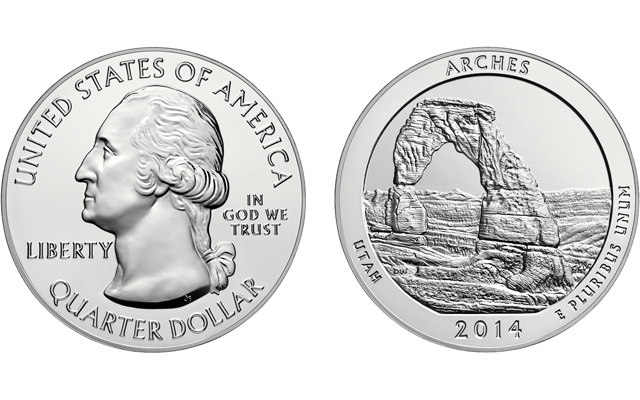 The bullion coin is the third to be released during 2014. Arches National Park is in Utah.

The bullion coins are not sold directly to the public, but through a series of authorized purchasers that buy the coins based on the spot price of metal per troy ounce on a given day, plus a premium of $9.75 per 5-ounce coin. The coins are then resold to other dealers and the public.

The bullion coins are struck at the Philadelphia Mint, but bear no Mint mark. The U.S. Mint also offers, directly to the public, an Uncirculated 5-ounce version that bears the P Mint mark.