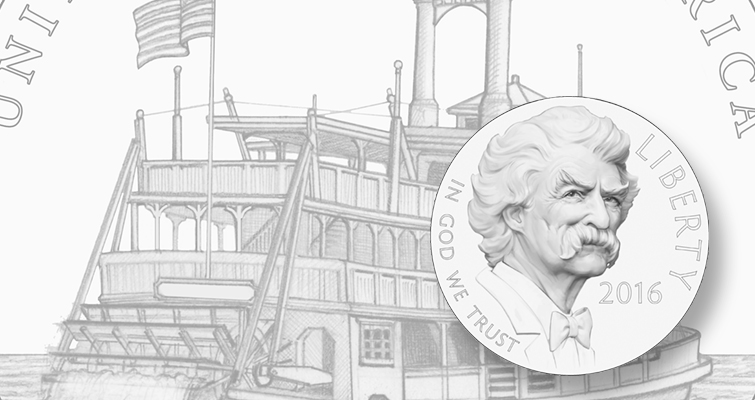 A rugged portrait of Mark Twain graces the obverse for the 2016 Mark Twain gold $5 half eagle. 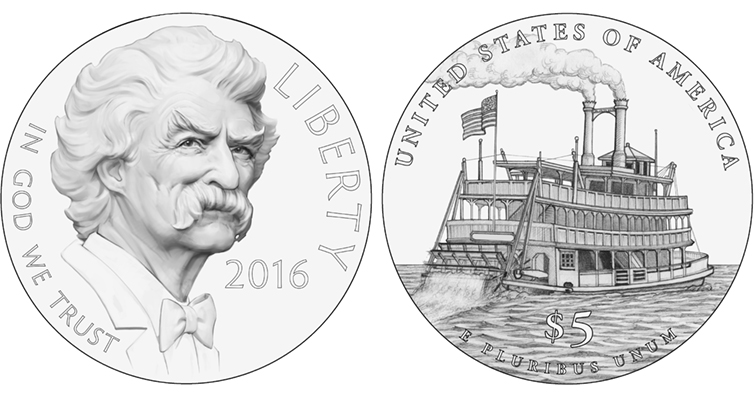 The steamboat chugging along the mighty Mississippi River is prominently featured in a number of Mark Twain's written works. 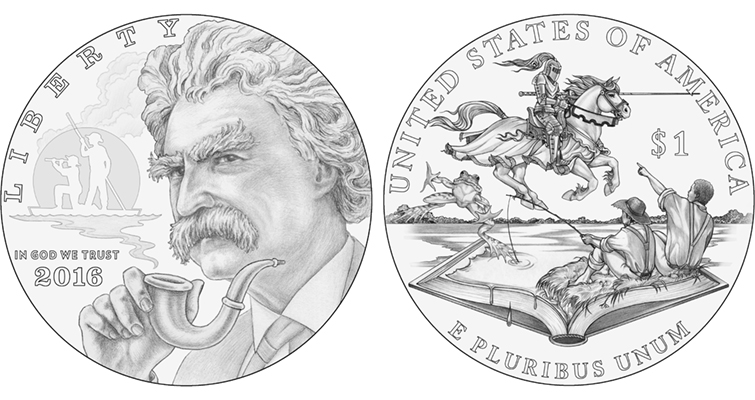 The approved designs for the 2016 Mark Twain silver dollar were recommended by both the Commission of Fine Arts and Citizens Coinage Advisory Committee. The approved reverse was originally submitted to the CFA and CCAC for consideration as an obverse. 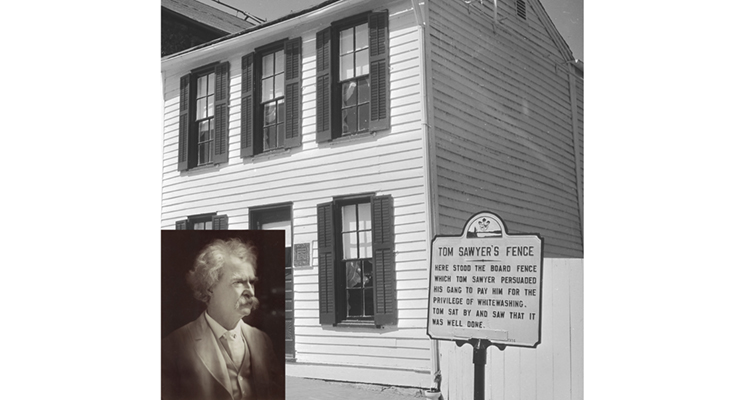 The Nov. 28 unveiling of approved designs fro the 2016 Mark Twain commemorative coins was hosted at the Mark Twain Boyhood Home and Museum in Hannibal, Mo.

Approved designs for the 2016 Mark Twain gold $5 half eagle and silver dollar were unveiled Nov. 28 during ceremonies at the Mark Twain Boyhood Home and Museum in Hannibal, Mo.

The venue is one of four beneficiaries designated by the enabling act to evenly divide net surcharges from sales of each of the commemorative coins.

The final designs were approved May 8 by Deputy Treasury Secretary Sarah Bloom Raskin.

The obverse of the gold half eagle was designed by U.S. Mint Artistic Infusion Program Artist Benjamin Sowards and sculptured by U.S. Mint Sculptor-Engraver Donald Everhart II. It features a portrait of Samuel Langhorne Clemens, better known by his pen name Mark Twain.

A portrait of Mark Twain holding a pipe, with its smoke forming a silhouette of Huckleberry Finn and Jim on a raft in the background, graces the adopted obverse design for the silver dollar created by AIP Artist Chris Costello and sculptured by U.S. Mint Medallic Sculptor Michael Gaudioso.

The knight and horse from A Connecticut Yankee in King Arthur’s Court; the frog from The Celebrated Jumping Frog of Calaveras County; and Jim and Huck from The Adventures of Tom Sawyer.

The adopted obverse for the gold $5 coin was recommended by both the Citizens Coinage Advisory Committee and the Commission of Fine Arts.

The CCAC recommended the adopted half eagle reverse, while the CFA had recommended a proposed obverse design showing a steamboat from its bow side.

Both the CCAC and CFA concurred in their recommended designs for the silver dollar that were given final approval by Raskin.

The approved silver dollar reverse design had originally been submitted to the two advisory panels for consideration as an obverse.

Both the CFA and CCAC are congressionally authorized advisory panels tasked with reviewing proposed designs for U.S. coins and medals and recommending their respective preferences to the Treasury secretary or the secretary’s designee for final approval.

The enabling act for the Mark Twain commemorative coins, Public Law 112-201, enacted Dec. 4, 2012, calls for the production and release in Proof and Uncirculated numismatic product options of up to 100,000 gold $5 half eagles and up to 350,000 silver dollars.

After the U.S. Mint recoups all of its production and associated costs, the net surcharges are to be evenly divided between the following entities:

??Mark Twain House & Museum in Hartford, Conn., “to support the continued restoration of the Mark Twain house and grounds, and ensure continuing growth and innovation in museum programming to research, promote and educate on the legacy of Mark Twain.”

??University of California, Berkeley, Calif., “for the benefit of the Mark Twain Project at the Bancroft Library to support programs to study and promote the legacy of Mark Twain.”

??Elmira College, Elmira N.Y., to be used for research and education purposes through the Center for Mark Twain Studies.

The U.S. Mint has not yet disclosed a tentative release date, pricing or any packaging options for the Mark Twain commemorative coins. 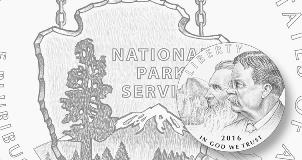 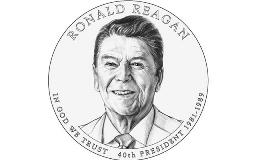 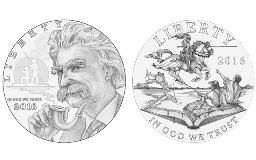