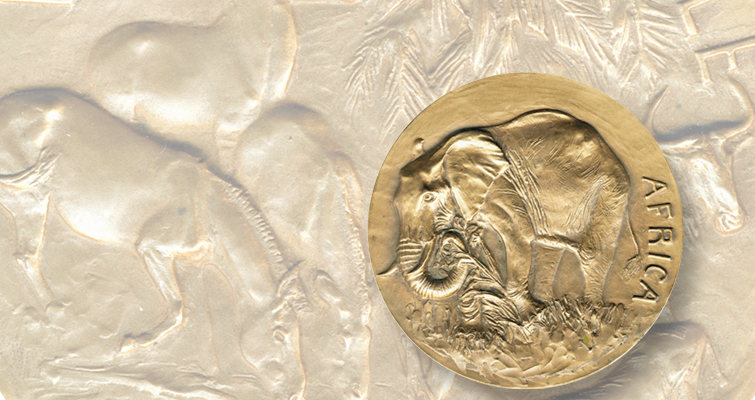 Anna Hyatt Huntington, sculptor wife of Archer M. Huntington, was a visionary in her own right. 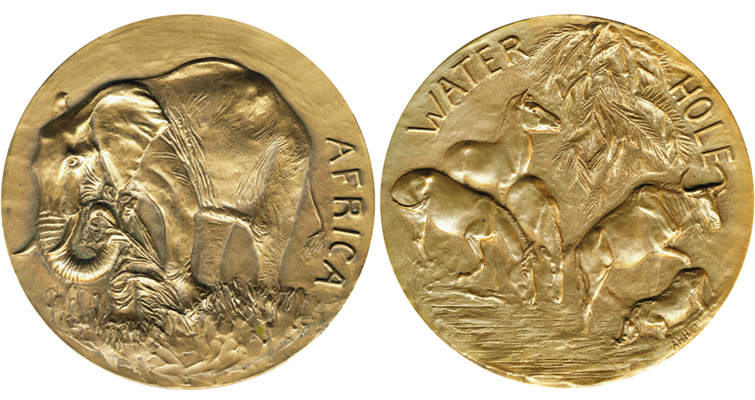 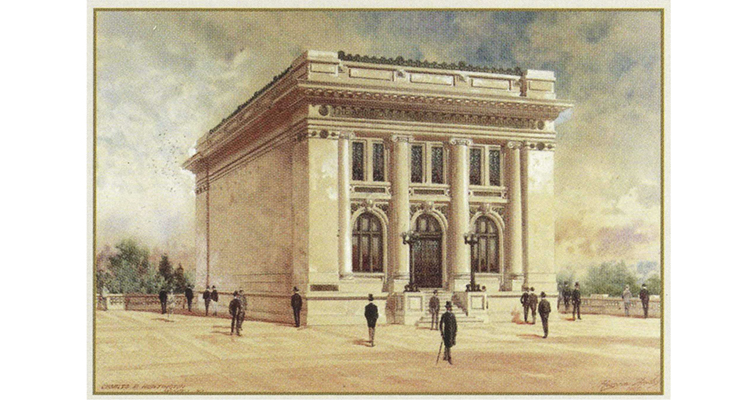 More than two decades after its 1908 dedication, the headquarters of the American Numismatic Society was nearly doubled in size. Shown is the facility as dedicated.

The Joys of Collecting Column from the July 2016 Monthly issue of Coin World:

The American Numismatic Society, founded in 1858, has had its share of ups and downs — into the late 19th century, when matters became uncertain.

The nation was in a recession, the hobby market had slumped, the American Numismatic Association had almost expired, and the future of the ANS was uncertain. Early into the 20th century it was suggested that it merge with the New-York Historical Society. Enter an angel in the form of Archer M. Huntington, heir to the Southern Pacific Railroad fortune.

A dedicated and serious numismatist, Huntington became president of the ANS and paid for its headquarters. In 1908 a temple-like building was opened at 155th Street and Broadway in New York City, a center of high society at the time.

Archer was busy with other matters from the late 1910s into the 1920s and paid less attention to the ANS, although he did make numerous contributions. Along the way in 1923 he married Anna Hyatt, a talented sculptor.

The ANS has been viewed by some as an ivory-tower, so to speak, with emphasis on art, history and study, while the ANA has played to the masses.

A few years later Moritz Wormser, who had served multiple terms as president of the ANA, had this to say those who thought that articles in The Numismatist should be more technical:

“Our critics also must emphatically understand that the ANA is never aimed particularly at a high scholarly standard. For scholasticism in numismatics, as it might be called, we would cheerfully refer our critics to the American Numismatic Society, which has the equipment and the endowment for scholarly work.”

In the meantime Huntington continued to support the ANS. It was spectacularly blessed (shades of 1908) when on Nov. 13, 1930 — never mind that the Depression was in full swing — a beautiful new annex about doubling the size of the headquarters building was dedicated in a special ceremony.

The extent of Archer’s personal interest in numismatics can be gained from the names of famous numismatists he chose to be lettered on the architrave, a decorative strip around the top of the new building. The list included Head, Echhel, Heiss, Fraehn, and many other names that I admit were mostly strange to me when I first saw them.

I did recognize Head, being Barclay V. Head, whose 1887 Historia Numorum book, the standard early reference on Greek coins, I had in my library.

I also recognized Sylvester S. Crosby, whose Early American Coins, 1875, has the distinction of being just one of two 19th century books that are absolutely essential to any numismatic library today in 2016. (The other was by a fellow named C. Wyllys Betts and was published posthumously in 1894.) I had no clue about Echhel and nearly all of the others.

Although Archer Huntington did not leave a paper trail of research articles, it is likely that he rates inclusion among the most knowledgeable of American collectors.

Huntington formed the finest collection ever of Spanish and Spanish-American coins, given to the Hispanic Society next door (in a beautiful building he also paid for). In 1947, this incomparable collection was transferred to the ANS.

In 1930, another momentous event took place: the first issue of the Society of Medalists, a group that allowed sculptors and artists to create designs of their own choosing for medals, issued at the rate of two per year. This was unique. Patrons who paid the bills usually dictated what was sculptured. I illustrate the 1943 Africa medal by none other than Archer’s soul mate, his wife, Anna Hyatt Huntington.