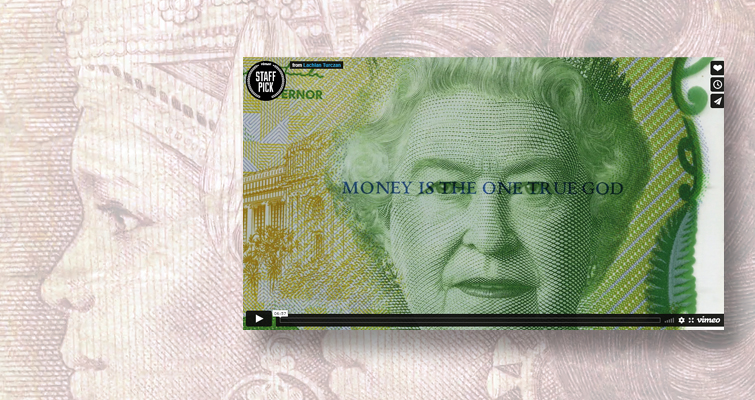 A view of paper money that few can imagine is revealed in an animation called “Money is the One True God” by director and animator Lachlan Turczan.

A view of paper money that few can imagine is revealed in an animation called Money is the One True God by director and animator Lachlan Turczan.

Turczan, a multidisciplinary artist who has painted, made films, programmed water fountains, and produced music videos, chose the last format to take a microscopic look at bank notes from 23 countries.

The nearly seven-minute video, with music, is on Turczan’s website (https://lachlanturczan.com/money-is-the-one-true-god) and several others, including Designboom, where it is described as a kaleidoscopic journey through money. It began, the creator explained, as a COVID-19 lockdown passion project in which he explores through currency what he says humans have valued over time.

The artist’s first step was making high-resolution scans of bank notes from the 1800s to the present. He then used machine learning programs to enhance the scans so that he could zoom in on the details of the engravings. Next, he applied animation techniques in which, he says, “the guilloché patterns wash over the viewer in a barrage of linework and geometry.” The video starts with a microscopic examination of some American notes, a current $20 Federal Reserve note and a large-size legal tender note and silver certificate, and then rotates through a series of world notes showing the intricate lathe work always a feature of paper money, but not usually seen in this manner. It also shows scenes from the ages of exploration and industrialization; of world wonders of old and modern office buildings, and of slavery and images representative of freedom. The project culminates with a rapid-fire sequence showing one by one, the eyes of world leaders staring back at the audience from the bank notes upon which they appear.

Many of the images, while familiar to collectors, have rarely been seen from this close-up perspective. Among them, slavery is represented by a Confederate $100 note and a $50 note from Jamaica with Samuel Sharpe. Architecture is seen on the Mexican 100-peso note’s engraving of the pre-Columbian city of Tenochtitlan, the Great Wall of China on a 1-yuan note, and a lighthouse on Norway’s 50 krone. Other examples are Florence Nightingale holding a lamp on England’s 1975 £10 note, the allegorical figure of Panama on the large-size U.S. $50 Federal Reserve note, and the scene on Italy’s old 5,000-lira note from Bellini’s opera Norma. 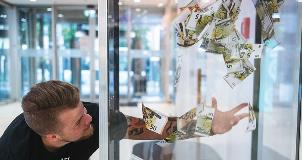 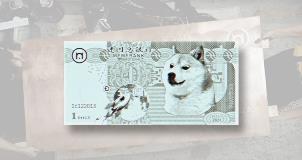 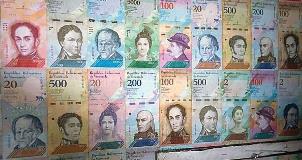