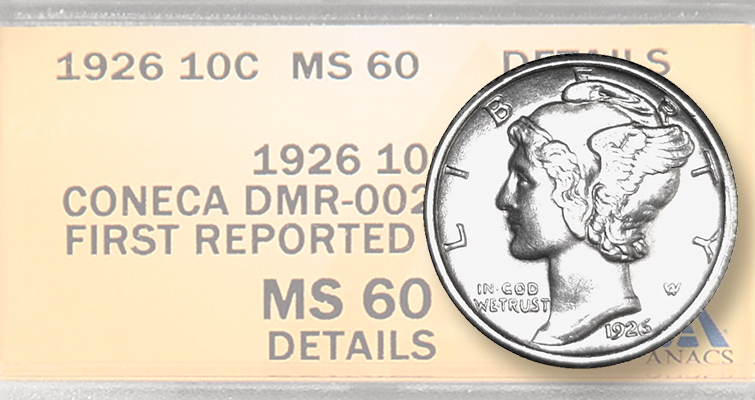 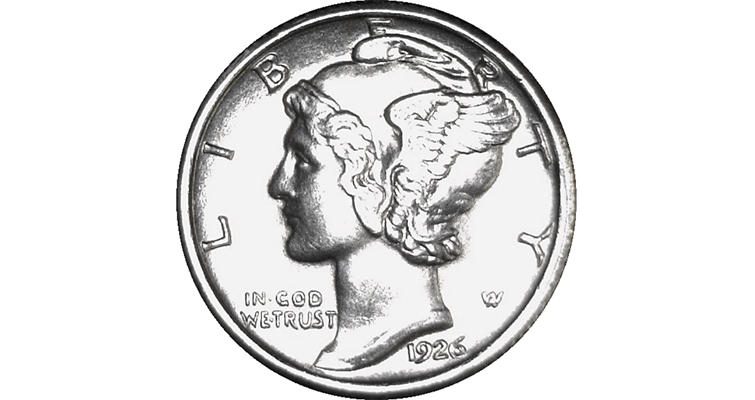 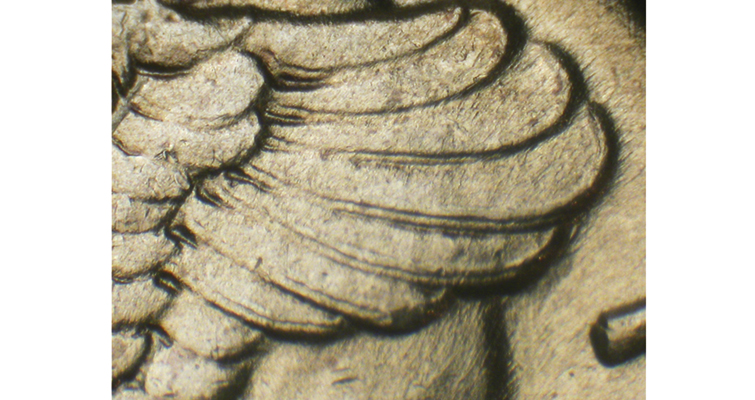 Strong doubling appears in the back feathers of Liberty's cap. 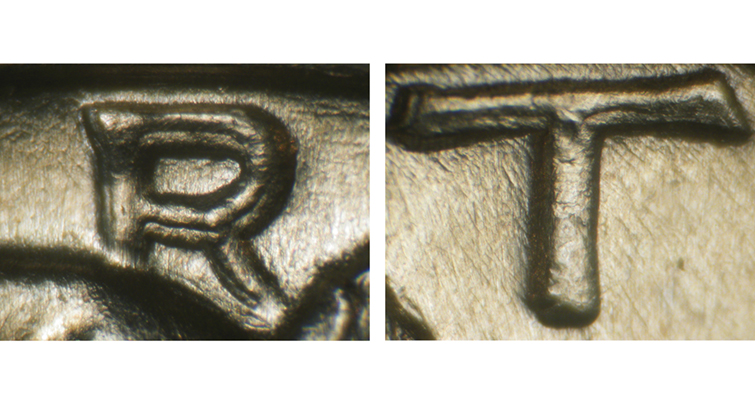 Clockwise rotation appears on the letters of LIBERTY on the obverse of the 1926 Winged Liberty Head dime. 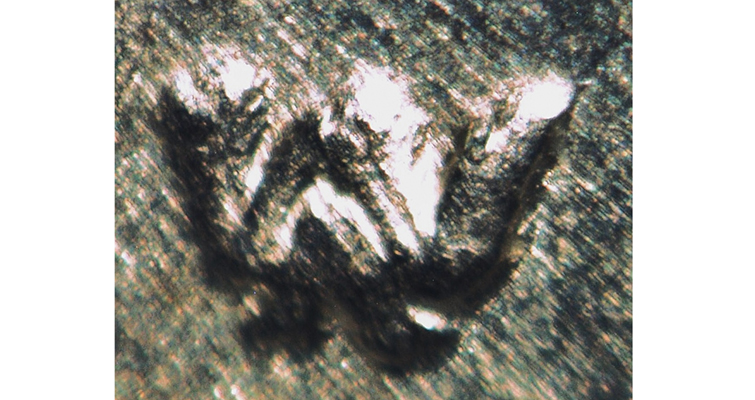 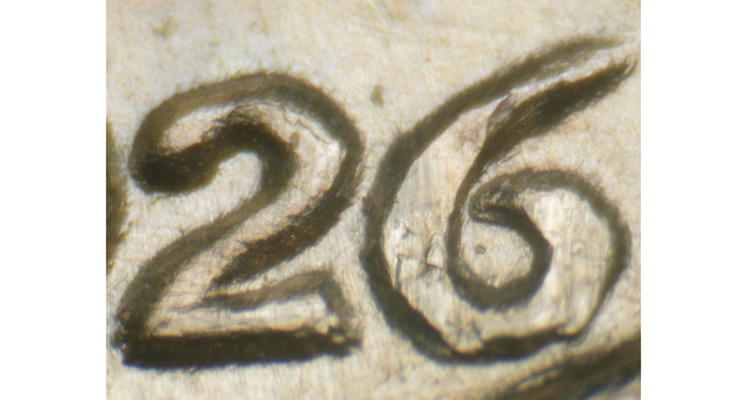 The doubling in the date also exhibits evidence of clockwise rotation.

The new variety was identified during the grading process, by ANACS senior numismatist Michael Fahey. The coin was submitted to ANACS by Michigan collector David Sutton, who was unaware the coin was a doubled die variety.

The coin exhibits characteristics of both offset hub doubling and pivoted hub doubling, according to the experts who attributed it.

ANACS sent the coin for variety attribution to Dr. James Wiles, an attributer for the Combined Organizations of Numismatic Error Collectors of America, commonly known by its acronym CONECA.

Wiles said the value of the new discovery is roughly two to three times the numismatic value of a normal 1926 dime without the obverse doubled die.

Sutton said he’s not sure what he will do with the discovery coin, which he obtained recently for $26 in an online coin auction.

The reporting of Sutton’s find comes six months after the confirmation of a doubled die obverse for a 1919 Winged Liberty Head dime.

The 1919 doubled die exhibits strong doubling on portions of the letters of the motto, IN GOD WE TRUST.

According to an article by Coin World managing editor William T. Gibbs in the March 16 issue, the doubling on the 1919 variety “is strikingly similar to that on the famed 1916 Indian Head, Doubled Die Obverse 5-cent coin, a variety that brings six-figure prices in high grade.”

Determining the value of the 1919 Winged Liberty Head, Doubled Die Obverse dime has been difficult. An example graded and encapsulated Extremely Fine 40 by ANACS is currently being offered on eBay with a Buy It Now price of $9,999, with no buyers as yet.

Since confirmation of the discovery piece, six other examples of the 1919 dime variety have been confirmed.

Hubbing is among the earliest steps of the die production process. The U.S. Mint currently uses a single-squeeze hubbing operation, while the hubbing for the 1926 dime would have employed multiple hubbings to impart the design from the master die.

Hubbing involves pressing a hub or die into softened die steel one or more times under high pressure to form a corresponding die or hub.

“Since one hubbing is not usually enough to bring up a sharp image, the die is annealed (softened by heat) and re-hubbed, occasionally multiple times.

“If the working hub and working die with its initial image are not fitted together properly in the press, a doubled image occurs on the die. This doubled die will in turn transfer a doubled image to every coin it produces,” according to the website.

A coin with offset hub doubling results from “a hub or die being offset in any direction from the center of the design. The doubling is spread across the entire design in the same direction,” according to the CONECA website.

A coin exhibiting characteristics of pivoted hub doubling, according to CONECA, is one that occurs “as a result of a pivot of the hub or die at or near the rim in either a clockwise or counter-clockwise direction. The doubling spreads out in a fan shape from the pivot point. The strongest doubling is at the rim directly opposite the pivot point.

Collectors can begin looking at their 1926 dimes to see if their example or examples may exhibit the doubled die obverse variety.