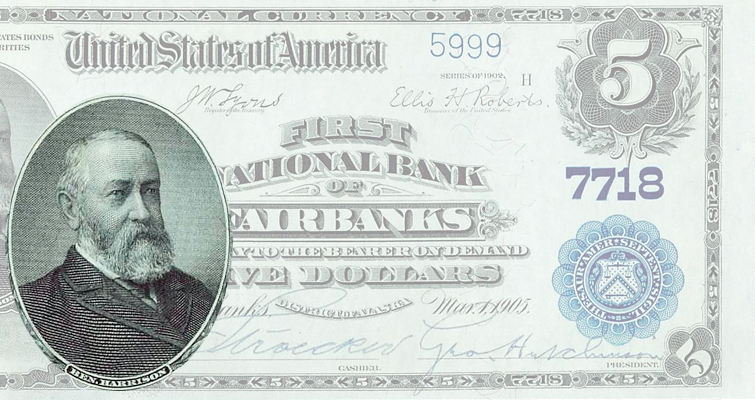 The paper money auctions conducted at the American Numismatic Association convention in Rosemont, Ill., Aug. 15 to 16 yielded more than $3.25 million worth of sales for just 377 notes. The two sales, one by Heritage Auctions, followed by a Stack’s Bowers Galleries session, confirmed the consensus within the trade of a small amount of softness for issues that are in plentiful supply, but the possibility of unbridled exuberance whenever something extraordinary surfaces.

Two large-size type notes shared top billing in that category at $54,050. The first was an F-163 $50 1880 United States note in Very Fine 30 Net by PMG. This is the seventh known of this number and only its fourth appearance on the market in two decades. The “net” description is the consequence of a small restoration. The other was the famous “Technicolor Note,” the brilliantly hued $20 1905 gold certificate (F-1180) graded Gem Uncirculated 66 Exceptional Paper Quality by PMG, with a pedigree extending back to the legendary William Philpott.

The figure $129,250 was a popular number in Chicago, as it was also the top result at the Stack’s Bowers sale that consisted mostly of large-size notes. The note at that price was one the catalog called the “finest territorial note in existence,” a $5 1902 Blue Seal national bank note with Plain Back (F-598) in PCGS Currency Superb Gem New 68 Premium Paper Quality from the First National Bank of Fairbanks, Alaska.