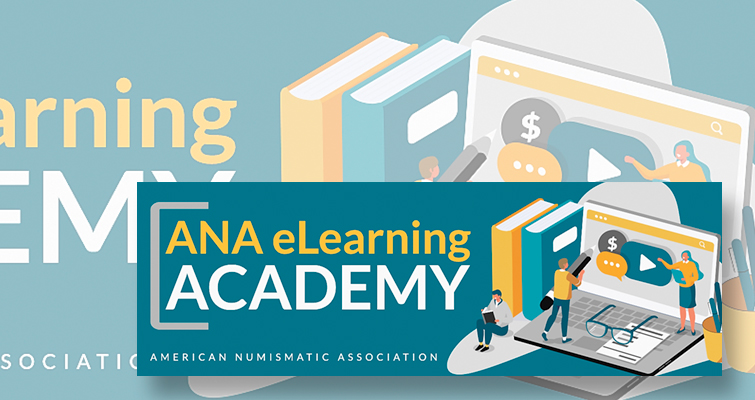 The ANA has opened the eLearning Academy for courses like those offered at now-cancelled shows.

The first-ever cancellation of the American Numismatic Association Summer Seminar did not stop the organization from pursuing an important mission of continuing numismatic education.

In June, the ANA announced the creation of the eLearning Academy , which would offer, through the Zoom virtual meeting platform, webinars that sample some of the curriculum scheduled for the 2020 event. The ANA has added learning opportunities following the postponement of the World’s Fair of Money, originally scheduled in early August. Many of the scheduled presentations from that show are now available free of charge to everyone, but pre-registration is required at the ANA website (money.org) and class sizes are limited. Classes are scheduled into December 2020.

In what has become a shining example of “making the best of a bad situation,” the ANA is providing an unlimited opportunity for numismatic education. Topics are varied and taught by the same experts who would have led the sessions at the actual events. The ANA provides recordings of the complete classes on the website for those who were unable to view the live webinar presentation.

For anyone at any level who wants to expand knowledge of numismatic topics, the chance to do so has never been greater. Learning is always a demand of the hobby, as sharing information creates growth within the collecting community. No matter the level of involvement, the ANA webinars open the doors to a greater understanding and appreciation of numismatics.

Here are the author’s observations on some recent sessions attended.

Grading 101 (Instructor: Rod Gillis): As the title suggests, the course is an elementary level revelation of the critical aspects involved in self-grading coins.

As a prerequisite for more in-depth discussions, Grading 101 addresses myths, the development of grading standards, and common tools needed for effective grading. It teaches the difference between technical grade and market grade and why each is important.

Gillis points out that there is hesitancy in learning to properly grade, with too much reliance on third-party graders. Collectors’ buying and selling can benefit from an understanding of proper grading, he said.

The course is effective despite the limitations of the medium (i.e., in the virtual setting, no one can handle coins to inspect for luster, strike quality, etc., like participants can in a physical class setting). The course concludes with the understanding that the learning never stops, and valuable resources for better understanding include additional courses, dealers, and constant experience to hone skills and habits.

Detection of Counterfeit and Altered Coins: (Instructors: Brian Silliman and Jim Robinson): It is a difficult task to consolidate a four-and-a-half-day course into two hours, but Silliman and Robinson meet the challenge head on.

Diligence is required to spot a counterfeit, and one of the best defenses is a clear understanding that the problem is an age-old concept (it has been considered “the death of the hobby” since the 1940s). Silliman advocates staying informed. Information is priceless and having integral knowledge of a coin’s characteristics is an important first step.

Knowledge is intended to be shared. Defenses against being victimized include education, experience and intuition.

The biggest mistake, often, is buying what you shouldn’t, and collectors are encouraged to “listen to your gut,” because there is no coin you have to buy. Good coin inspection practices can discover alterations, and knowing trends and practices of past alterations and areas of frequent counterfeiting can bolster your defenses.

Understanding the third side of the coin (its edge) can also provide insight.

Any coin can be altered, so informed caution is important to prevent the unscrupulous from stealing the joy of the hobby.

Italian Numismatics: Insights Through Modern History (Instructor: Antonino Crisà): A historian and archaeologist on the staff at Ghent University in Belgium, Crisà delves into the coinage of Italy and its relevance to history and the development of the nation.

The vast examples from centuries of coin production go well beyond the intended scope of the presentation, so the webinar focuses on the Medieval period through the mid-20th century. Italian coins at the end of the Medieval period were issued by dukedoms and leaders of many independent entities in what is present-day Italy. (The nation of Italy in its present form was not established until 1861.)

As Italy became a monarchy, fewer mints were utilized. In the 20th century, King Victor Emmanuel III, who reigned from 1900 to 1946, was a numismatist whose collection reached 120,000 coins. During the Fascist period, Italian coins featured the number of years of Fascist rule. The course concludes with Victor Emmanuel III’s abdication and the liberation of Italy by U.S. troops. 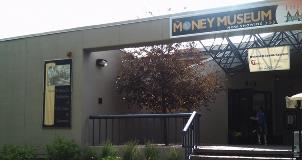 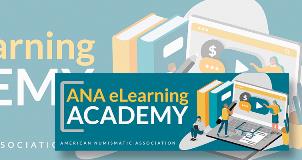 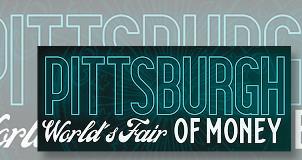