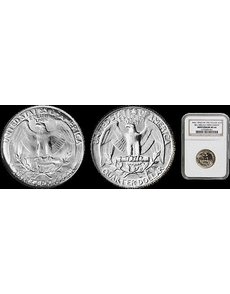 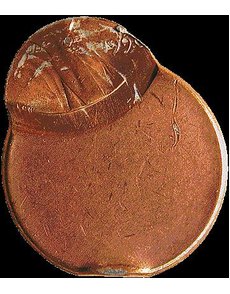 This Lincoln cent features an edge strike at one pole and an off-center strike at the opposite pole. Intrinsically ambiguous, it can be interpreted as either a double strike/edge strike, or as the product of a single strike.

Regular readers of this column are well aware that the themes of uncertainty and ambiguity loom large in the domain of error coins. And yet the companies that advertise their competence in determining the nature of these errors cannot or will not accommodate the slightest trace of doubt. That presents a real problem for collectors. Is the diagnosis printed on a “slab” label an incontrovertible finding, the best choice among several working hypotheses, or a “best guess”? There’s no way to tell unless you dig down into the details.

In broaching the subject of ambiguity, I’m not referring to diagnoses that are simply incorrect, half-correct, incomplete, inadequate, hopelessly nonspecific or indefensibly precise. Such diagnoses are often (but not always) attached to errors that are complex, compound, rare, subtle, obscure or novel. A diagnosis that is merely flawed can be subjected to critical analysis, producing a new and better interpretation.

In the April 5, 2010, column, I discussed the numerous elliptical strike clip cents that emerged in the years 1989 through 1994. These are inevitably and incorrectly labeled as “elliptical clips” (an unrelated planchet error) by the leading grading services. Many diagnostic features serve to discriminate between the two error types.

Intrinsically ambiguous error coins are a different matter entirely. Their status cannot be resolved no matter how minutely you probe their characteristics.

A classic case of irresolvable ambiguity is found in one of three known “two-tailed” quarter dollar mules. Two of the mules are indisputable as they’re die-struck on both faces (see Coin World, Dec. 24, 2001). The third example is shown here. One face is sharply struck while the other face is flattened and mushy. Numismatic Guaranty Corp. diagnosed this as a mule struck twice by two reverse dies. They concluded that during the second strike one face was fully indented by an intrusive planchet. All this may be true.

But readers of this column understand that a flattened design on one face often indicates a
double-struck pseudo-mule. A coin identical in appearance to this two-tailed quarter dollar can be produced in four steps.

Step 2: The top coin is discarded and the bottom coin is flipped over, so that the original featureless obverse face rests on the reverse (anvil) die.

Step 3: A fresh planchet is placed on top of the original die-struck reverse face (now facing up).

In the case of the two-tailed quarter dollar under discussion, I can see no way to resolve the impasse presented by these two competing hypotheses.

Intrinsically ambiguous defects can be found among a wide variety of die errors, planchet errors and striking errors. Shown here is a cent with an edge strike at one pole and an off-center strike at the opposite pole. Such errors are usually labeled as “double struck with edge strike” by the leading grading services.

However, as discussed in the July 18, 2011, “Collectors’ Clearinghouse,” such errors are easily produced by a single downstroke of the hammer die. A coin struck on-edge tends to fall on its side, and the continuation of the downstroke will produce either an off-center strike or a broadstrike. The positioning of the off-center strike at the pole opposite the edge strike is consistent with this
scenario, but does not prove it.

Below are some suggested strategies for encapsulating these problematical errors. I’ve used the two-tailed quarter dollar as a representative example.

(1) Choose the most likely or the most prosaic scenario (not always the same thing). In this case, I would opt for the pseudo-mule hypothesis.

(3) Add the word “possible” or “possibly” to the diagnosis: “25c possibly struck by two reverse dies.”

(4) Include more than one diagnosis, separated by “or”: “Double reverse mule or pseudo-mule.”

(6) Slap on an acronym like OPE (Other Possibilities Exist).

I don’t really expect the grading services to adopt any of these suggestions. It is therefore incumbent upon each collector to rack his brain for alternative scenarios before embracing the printed diagnosis. Either that, or consult with relevant, helpful online communities. These would include the one that I host, the Error Coin Information Exchange (http://groups.yahoo.com/group/error
coininformationexchange/) or the Collector’s Universe U.S. Coin Forum (http://forums.collectors.com/categories.cfm?catid=26).