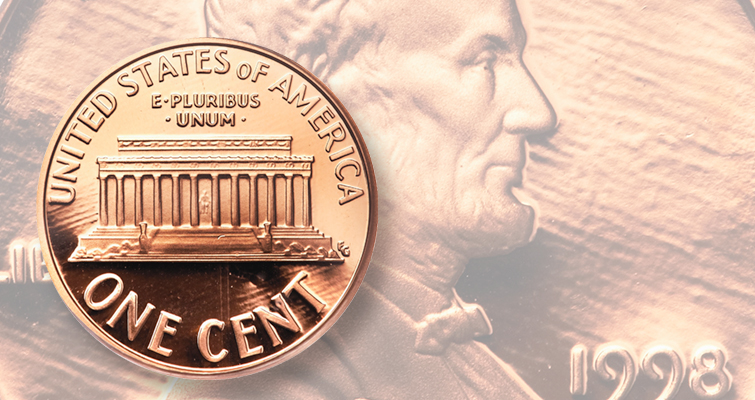 Close AM and Wide AM variants exist on a number of Lincoln cent issues from the 1990s and beyond. 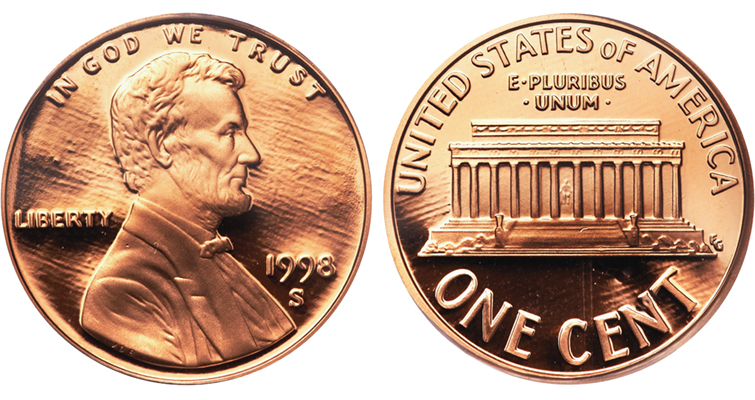 The letters AM in AMERICA on the reverse of this Proof 1998-S Lincoln Cent nearly touch, a scarce variant.

Making Moderns column from May 9, 2016, Weekly issue of Coin World:

During nearly every year of the 1990s, the U.S. Mint made minor design changes to the Lincoln cent, likely aimed at improving die life.

One change is significant enough to have captured the fancy of collectors: the relative spacing of the letters AM in AMERICA on the coin’s reverse.

All Lincoln cents produced from 1959 to 1991 had a comparatively broad spacing between these two letters. In 1993, all Lincoln cents show a change; the letters AM in the word AMERICA are close together, nearly touching.

The year 1992 marks a transition. All Proof 1992 coins are of the normal Wide AM variety, as are nearly all the circulation-issue coins. But a very small number of 1992 cents from both the Denver and Philadelphia Mints are known to have the Close AM reverse. Fewer than two-dozen Denver Mint examples are reported, and only a handful of 1992 Close AM cents from the Philadelphia Mint have been found. The rare Philadelphia Mint variety carries a catalog value in excess of $10,000.

There are exceptions, creating interesting coins for collectors.

In 2001, die-variety expert John Wexler found a circulation-issue 2000 Lincoln cent with a Wide AM reverse, the version intended for Proof coinage. Shortly thereafter, a 1998 Lincoln, Wide AM cent was also found. Both were discovered in roll quantity, and, although not common, they are available.

Sometime later, the 1999 Lincoln, Wide AM cent was found to fill in the gap. Only about 500 examples have been certified and they are the scarcest of the Wide AM circulation Lincoln cents of this era.

To add to the intrigue of these coins, Proof coins also exist with the Close AM reverse for the 1998-S and 1999-S issues. In other words, the circulation-strike-style reverse was used to make Proof coins. The 1999-S Close AM cent is more common than the 1998-S Close AM cent. Examples graded Proof 69 Red Ultra Cameo trade for around $175 and $300, respectively, a hefty premium over the standard issue that is available for under $20.

Enthusiasts will seek to complete the set of all reverse types for both Proof and Mint State issues. For the rare 1992 issues, professional certification is recommended. 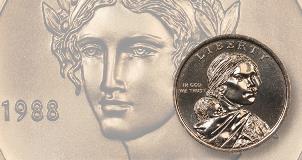