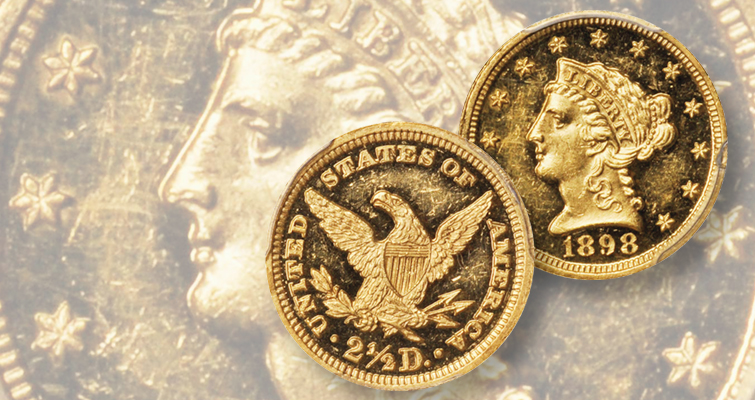 The unnamed collector began collecting in the 1920s and purchased coins from many of the hobby’s leading dealers in the 1930s.

He was especially fond of Proof gold coins and his collection remained intact for more than 50 years. A dozen Proof Coronet $2.50 gold quarter eagles — most in lower grades — provide a rare opportunity to look at this specialized market.

Here's one of three Proof gold coins that changed hands in Baltimore:

The most affordable of the dozen Proof Coronet quarter eagles in the Alexander Collection did not have a named problem like cleaning, tooling or spot removal, it just had a lot of “chatter” in the fields. The many marks in the fields of the 1898 quarter eagle, graded PCGS Proof 61 Cameo, affected its eye appeal, and it sold for $2,880. The 1898 quarter eagle is a well-produced issue and perhaps 100 survive from an original mintage of 165 pieces.

Unlike the previously discussed 1903 Coronet quarter eagle, this one did not have any single cluster of intentional marks; rather, it had numerous scattered marks that suggest that it may have entered circulation briefly or was carried as a pocket piece. No wear is seen on the devices, however, consistent with PCGS’s grading standard for Proof 61, which allows multiple heavy marks and hairlines. 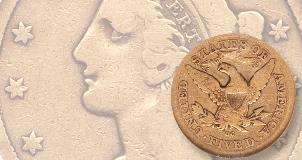 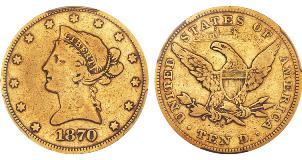 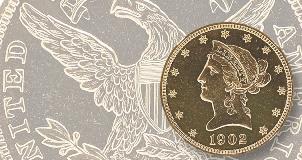