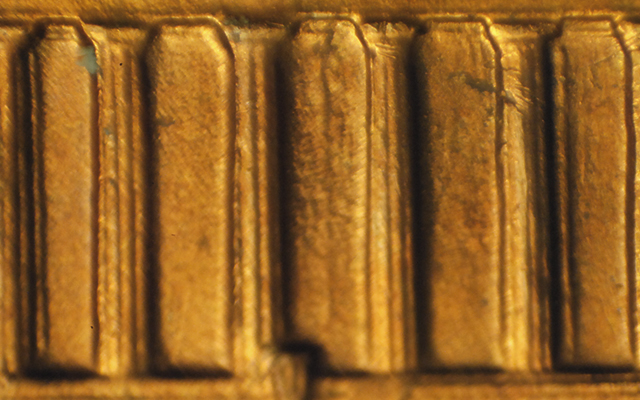 Gerald Weakland submitted this 1959 Lincoln cent that has an extra Lincoln Memorial column in the third memorial bay. 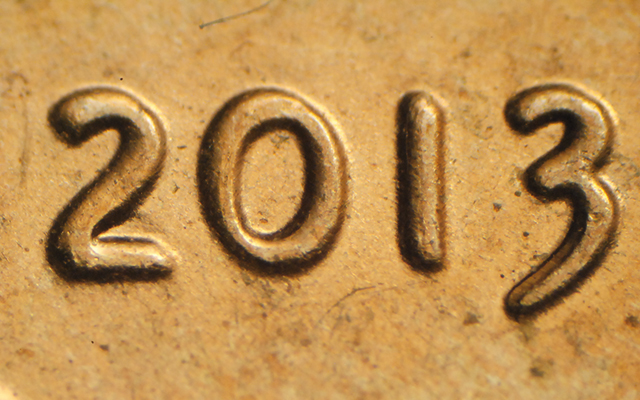 Strong extra thickness to the date along with notching on portions of the 1 show on this 2013 Lincoln cent submitted by Dean M. Hengst. 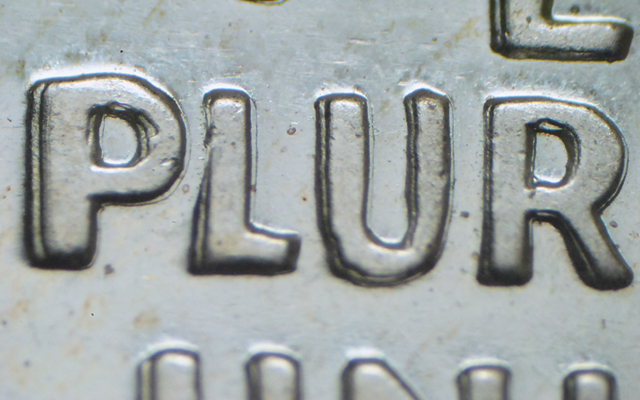 This Proof 1961 Franklin half dollar from Donald Yerxa shows strong doubling to E PLURIBUS UNUM on the reverse. 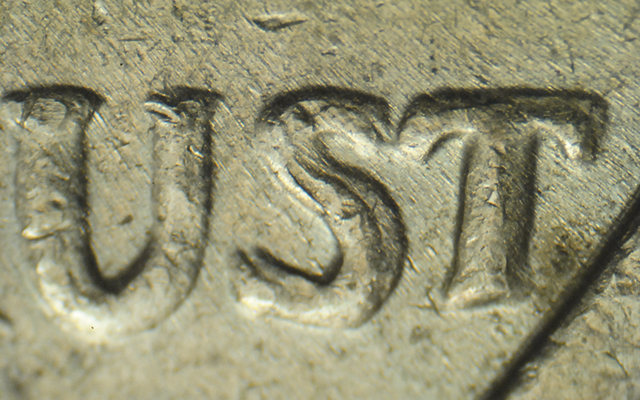 John C. Manns submitted this 1873-D Kennedy half dollar that shows strong doubling to LIBERTY, IN GOD WE TRUST, and the date.
Previous
Next

In the July 21 installment of this column, I illustrated the strongest known doubled die obverse for the 50 States quarter dollar series. It is a copper-nickel clad Proof 1999-S Pennsylvania quarter dollar with major obverse doubling that was submitted to ANACS. ANACS did not provide the name of the person who submitted the coin to them.

Since penning that column I have learned that the variety was submitted to ANACS by Siegfried Zeveckas. Congratulations to Mr. Zeveckas for an outstanding find.

This time out, Coin World readers came up with two new listings and two “oldies but goodies.”

The first is a 1959 Lincoln cent with an interesting doubled die reverse that was submitted by Gerald Weakland. An extra Lincoln Memorial column can be found in the third memorial bay. I have this one listed as 1959 1¢ WDDR-014, which is a new listing for my files.

A Proof 1961 Franklin half dollar with a nice reverse doubled die is the first of those “oldies but goodies.” Doubling spread toward the center shows on UNITED STATES OF AMERICA, E PLURIBUS UNUM, and HALF DOLLAR with the strongest spread on the left half of the reverse. It was submitted by Donald Yerxa and is nice enough to be illustrated in The Cherrypickers’ Guide to Rare Die Varieties where it is listed as FS-803. I have it listed in my files as 1961 50¢ Pr WDDR-003.