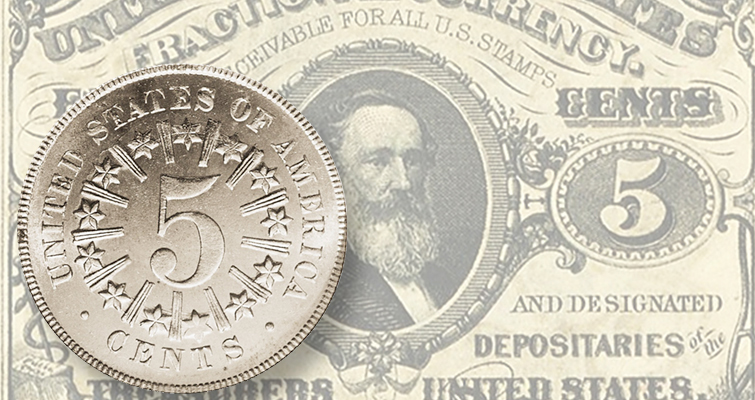 The Shield 5-cent coin was introduced in 1866 as a replacement for the paper note of the same denomination. 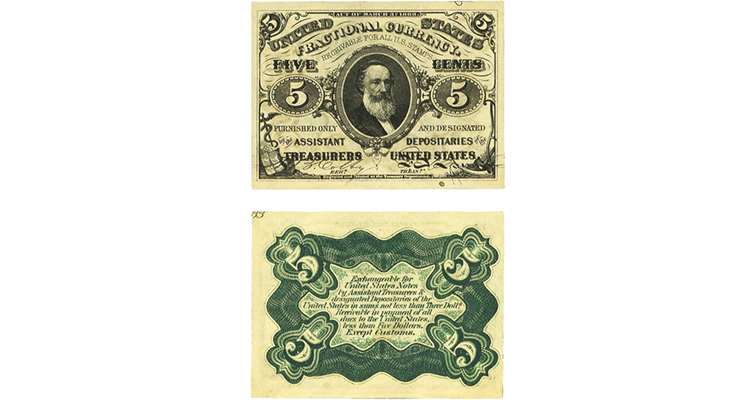 Spencer M. Clark, first Superintendent of the National Currency Bureau (today’s Bureau of Printing and Engraving) placed his own portrait on a 5-cent fractional note.

The Shield 5-cent coin, a coin largely overlooked by today’s collectors, was a huge success, U.S. Mint Director James A. Pollock said in his Annual Report for 1866.

Pollock wrote in his Sept. 18 report, “The demand for the small coin, both bronze and nickel, was very great during the year, and the coinage was regulated to meet the demand. They were distributed to all parts of the United States, but, principally to the western and southern states.

“The coinage of the five-cent piece, nickel and copper alloy, has been commenced as authorized by the act of Congress. The withdrawal of the five-cent note has created a great demand for the new coin, and every effort has been made to meet it. The substitution of this coin for the paper currency of same denomination is generally approved and well received by the people.”

The May 17, 1866, enabling act prohibited printing notes under 10 cents. The last 5-cent fractional notes show a bearded man on the face. After Spencer M. Clark, in charge of printing U.S. paper money from 1862 to 1868, put his own portrait on the notes, Congress enacted legislation pro­hibiting the depictions of living people on U.S. paper.

As Pollock noted, “The withdrawal of the five-cent note has created a demand for the new [Shield 5-cent] coin .... The substitution of this coin for the paper currency of same denomination is generally approved and well received by the people.”

Each coin turned a profit. Pol­lock said, “From the profits of the bronze and nickel coinage we have transferred to the Treasurer of the United States, during the fiscal year, ... $650,000; and a few weeks after the expiration of the year the further sum of ... $300,000; in all, ... $950,000. During the past three years the profits from this coinage have been fully one and a half million dollars. The profits of this institution during the past five years, from all sources, have not only paid the expenses connected with its management, officers and operatives, but a surplus of more than one million of dollars has been paid into the treasury. ...” 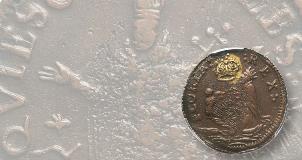 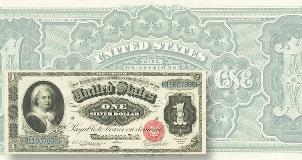