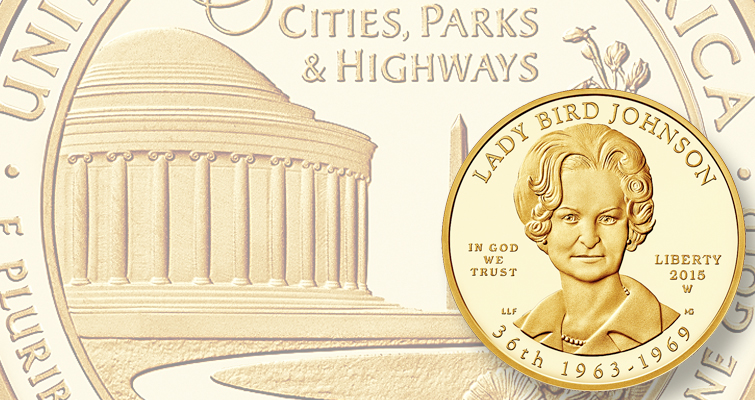 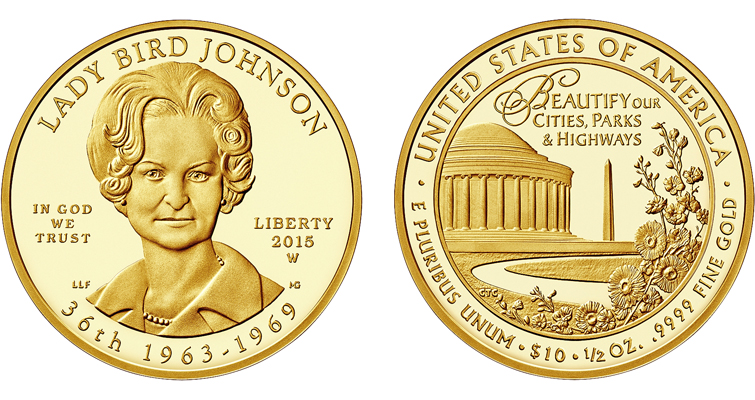 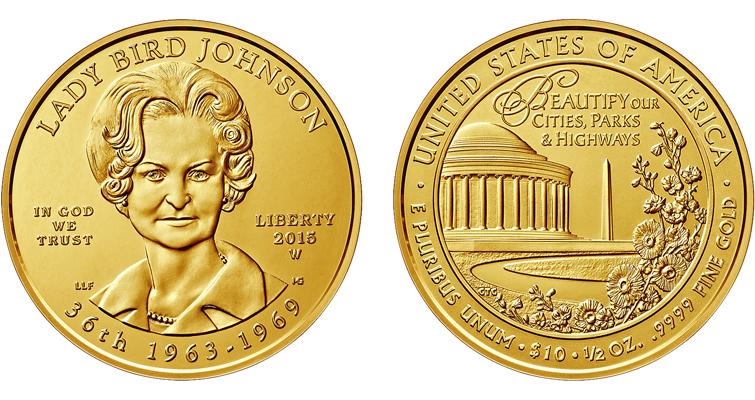 Sales of the Uncirculated 2015-W Lady Bird Johnson, First Spouse $10 gold coins reached 1,070 coins during the first week they were offered by the U.S. Mint.

Slightly more than 25 percent of the maximum combined authorization of Proof and Uncirculated 2015-W Claudia “Lady Bird” Johnson, First Spouse gold $10 coins have been recorded sold during the first week of sales.

The coins went on sale at noon Eastern Time Aug. 27, with the Proof version offered initially at a price of $765 per coin and the Uncirculated coin priced at $745.

The prices are subject to change weekly according to the U.S. Mint’s pricing grid for coins containing precious metals.

The pricing Sept. 3 remained at the inaugural figures.

The reverse depicts the Jefferson Memorial, Washington Monument and flowers, referencing Johnson’s efforts in the beautification and conservation of America, which began in Washington, D.C. The reverse was designed by AIP artist Chris Costello and sculptured by U.S. Mint Medallic Sculptor Renata Gordon.

Orders for the Johnson coins are being accepted at the United States Mint online catalog at www.usmint.gov and by telephone at 800-872-6468. Hearing- and speech-impaired customers with TTY equipment may order by calling 888-321-6468.