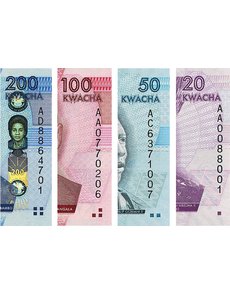 Federal Reserve notes featuring a tactile feature to aid the blind and visually impaired won’t appear until 2020 when the first redesigned $10 FRNs with the tactile feature will be released, according to a recently released report from the Bureau of Engraving and Printing.

BEP officials confirmed July 8 that the $10 FRN will be the next denomination to be redesigned unless a counterfeiting threat arises against another denomination; if that occurs, then the plan will be changed.

The report, titled “White Paper Regarding Meaningful Access to U.S. Currency for Blind and Visually Impaired Individuals,” was prepared by the BEP in response to what the report terms “the high level and interest, and to enhance communication and openness.”

The report, dated June 27, 2013, was submitted to the U.S. Treasury Office of Inspector General and the Senate Committee on Appropriations.

The raised tactile feature is among three accommodations authorized in 2011 by then Treasury Secretary Timothy F. Geithner to provide accessibility to U.S. currency for those who are blind or visually impaired. The accommodations meet the requirement of a court decision in a lawsuit filed in 2002. In May 2008 the United States Court of Appeals for the District of Columbia Circuit upheld a lower court’s decision in 2006 that the Treasury failed to design, produce and issue paper money that is readily distinguishable to blind and visually impaired individuals.

Currently the BEP is evaluating “material and application methods for ease of application, cost and tactility, in addition to durability in circulation. The BEP continues to test various patterns and shapes of tactile features to optimize their effectiveness for the blind and visually impaired community,” according to the report. The BEP anticipates it will have the application method selected in December 2013, which will determine the equipment required. The decision on the application material is anticipated to be made by January 2015, according to the report.

The most likely tactile feature would employ a hollow rectangle because, according to the report, the BEP has determined it “to be highly perceptible by touch.” The size of the rectangle is 6 millimeters vertically by 4 millimeters horizontally.

The report suggests that the feature could comprise “a 4-position pattern, ... with a 14mm spacing between adjacent symbols (18mm on center) to enhance the user’s ability to distinguish single symbols within the denominating scheme. The user would denominate the note by the number and location of elements in the pattern.”

In addition to equipment, modifications will also need to be made to BEP headquarters, according to the report.

“Due to the age of the current buildings at the BEP’s Washington, DC Facility, the process to prepare a space for installation of new equipment could take up to three years and cost between $3 [million] and $4 million.”

The other two measures to provide accessibility to U.S. currency for those who are blind or visually impaired will be the continued use of large, high-contrast numerals on FRNs, and the purchase and distribution of handheld electronic currency readers, according to the report.

The BEP received permission June 7 from Government Accountability Office to purchase the currency readers and give them free to eligible blind and visually impaired individuals. The BEP had requested an opinion from the GAO as to whether the BEP could give, rather than loan as government property, a currency reader to eligible individuals as part of the BEP’s meaningful access program.

The BEP already had authority to operate a program to loan out readers, but under a loaner program, the BEP would need to conduct periodic checks on the condition of the government-owned readers. Conducting the checks would have been costly, time-intensive and burdensome to the visually impaired community, according to Treasury officials.

As of July 8, the BEP did not know the cost of the currency reader program. The deadline for vendors/manufacturers to respond to the BEP’s Request for Information on the cost such readers was July 8. Once BEP officials review the information, they will have a better idea of the cost of the program, according to a BEP spokeswoman.

According to the report, contracts for purchasing the readers are expected to be awarded in 2014.

Copies of the “White Paper Regarding Meaningful Access to U.S. Currency for Blind and Visually Impaired Individuals,” can be downloaded from the BEP website, www.moneyfactory.gov.

Click the U.S. Currency button on the left side of the BEP home page, and then click the Meaningful Access button on the drop down menu. ¦