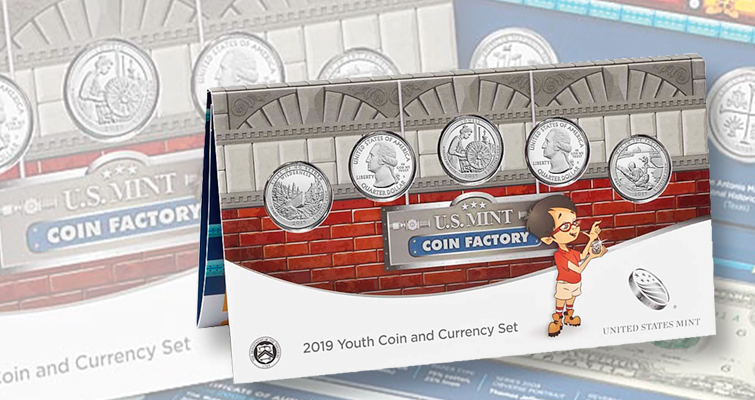 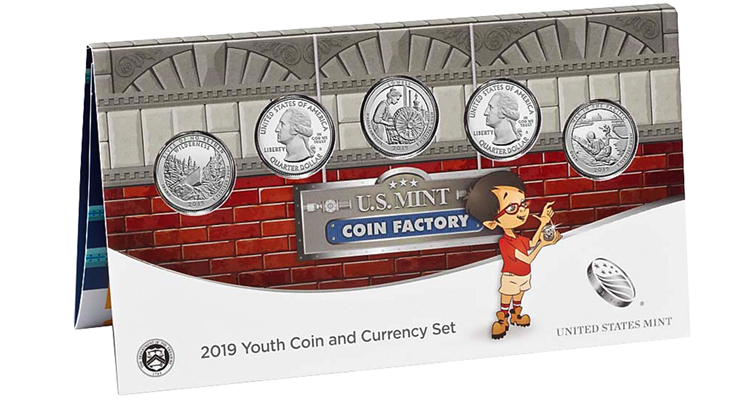 The five coins in the set are copper-nickel clad Proof 2019-S America the Beautiful quarter dollars struck with the S Mint mark at the San Francisco Mint. 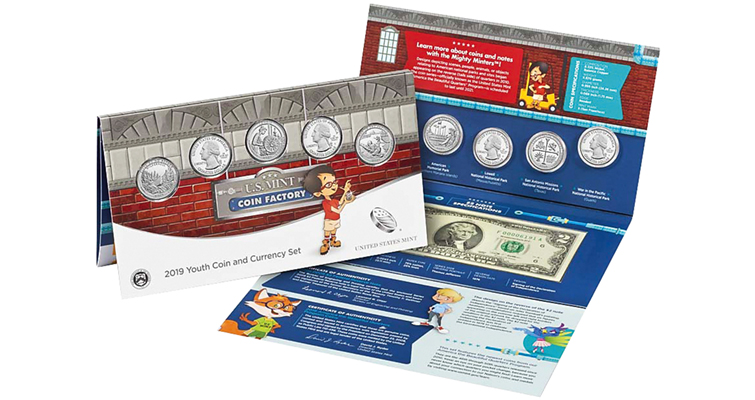 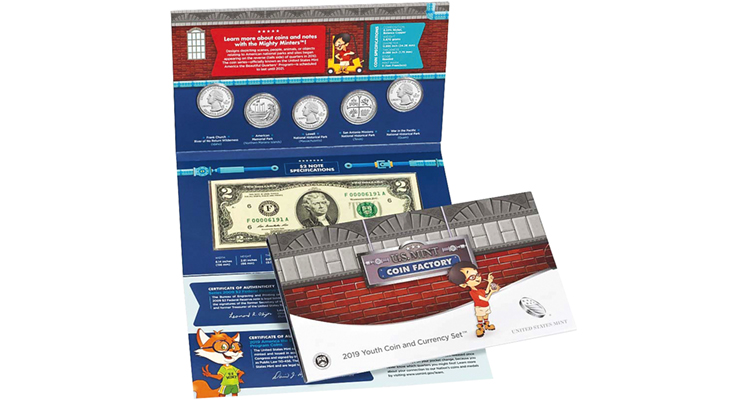 The 2019 Youth Coin and Currency set is being limited to a production release of 25,000 sets with an ordering restriction of one set per household.

The 2019 Youth Coin and Currency set — a joint limited-edition numismatic product from the U.S. Mint and Bureau of Engraving and Printing — will be offered to the public at noon Eastern Time Oct. 31 through the U.S. Mint website.

Limited to a maximum issue of 25,000 sets at $29.95 each and household order limit of one set, the set unites the five Proof 2019-S America the Beautiful quarter dollars struck at the San Francisco Mint and a Series 2009 $2 Federal Reserve note. Bearing the facsimile signatures of then Treasury Secretary Timothy F. Geithner and U.S. Treasurer Rosa Gumataotao Rios, the Series 2009 note in each set will bear the seal of the Federal Reserve Bank of Cleveland, or Atlanta, or Chicago.

The $2 note featuring a portrait of Thomas Jefferson on the face and the signing of the Declaration of Independence on the back was first printed and issued by the BEP starting with Series 1976.

The planchets, highly polished, as are the production dies, are struck at least twice. 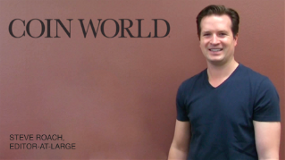 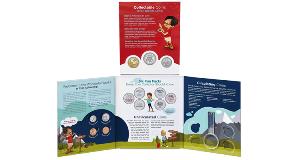 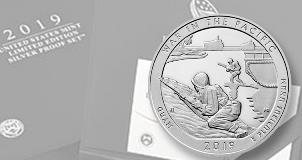