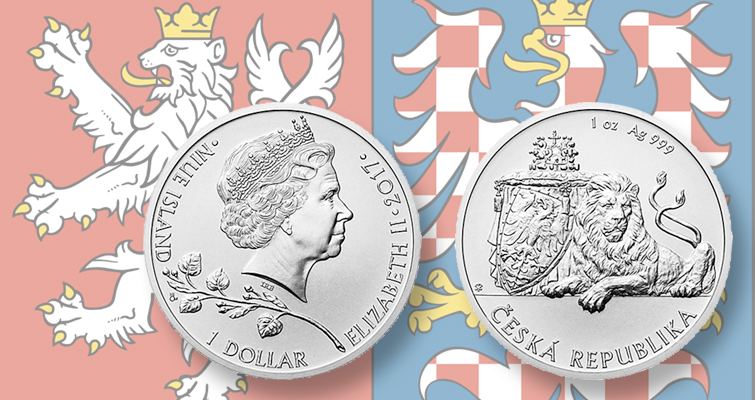 A new silver bullion coin from the Czech Mint depicts the Czech lion and has a mintage limited to just 10,000 pieces.

The 2017 dollar, struck in the name of Niue, is an exclusive product released through American Precious Metals Exchange. At press time Sept. 22, the Brilliant Uncirculated coin had sold out a mintage limited to 10,000 coins in less than 48 hours.

The obverse of the coin depicts a profile portrait of Queen Elizabeth II, the name of the issuing country, year of issue, the face value and a decorative Czech linden branch.

The reverse shows an image of a two-tailed Czech lion, which is in the coat of arms for the Czech Republic. The heraldic beast guards the elaborate Crown of Saint Wenceslas and the shield bearing the national patron’s emblem, the burning eagle.

The coin measures 37 millimeters in diameter.

Individual coins are offered in protective plastic. A mint tube contains 15 coins and a “monster box” features 750 coins, or 30 tubes.

The coin was offered for a price of around $27, depending on quantity and payment method, so the premium for the coin was high relative to its precious metal content.

The mintage, however, is the lowest of special bullion coins for 2017, even lower than the Perth Mint’s 25,000-coin limit for the Swan logo coin that sold out instantly and has soared in the aftermarket. 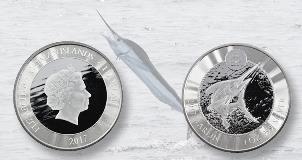 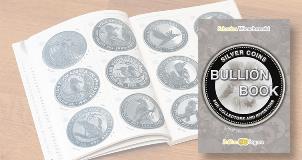 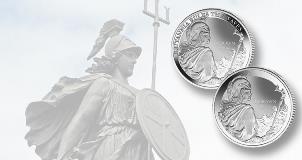