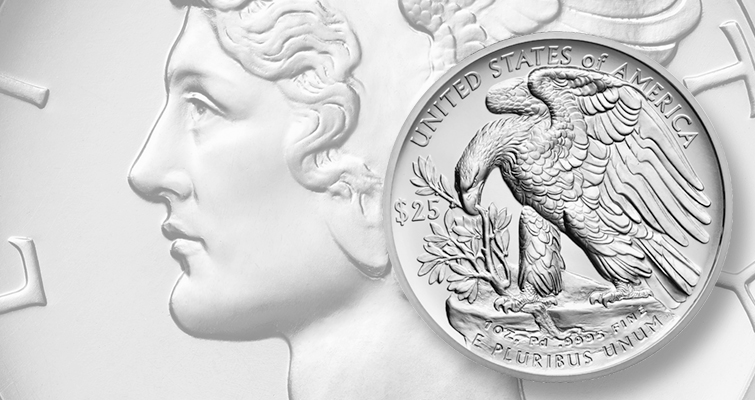 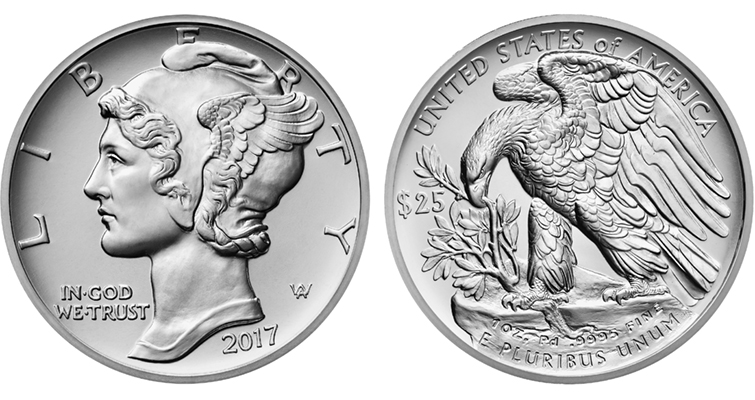 U.S. Mint officials declined to disclose how many of the 2017 American Eagle palladium bullion coins will be struck (all are being struck at the Philadelphia Mint) and made available for acquisition by the authorized purchasers. Officials said the Mint only reports sales for the coins, not total mintage levels for the current year’s bullion programs.

Mint officials said nine authorized purchasers expressed interest in purchasing quantities of the American Eagle palladium bullion coins, which are being offered on an allocation basis:

Even before sales of the palladium American Eagles from the Mint opened, APMEX was already retailing examples online of Professional Coin Grading Service graded Mint State 70 First Strike coins for prices starting at $1,245 per coin, roughly $325 over the spot price.

The premium for the American Eagle palladium bullion coin is the closing spot price plus 6.25 percent.