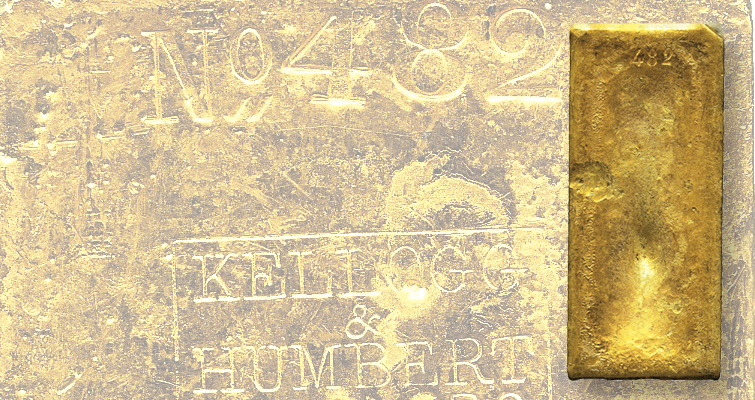 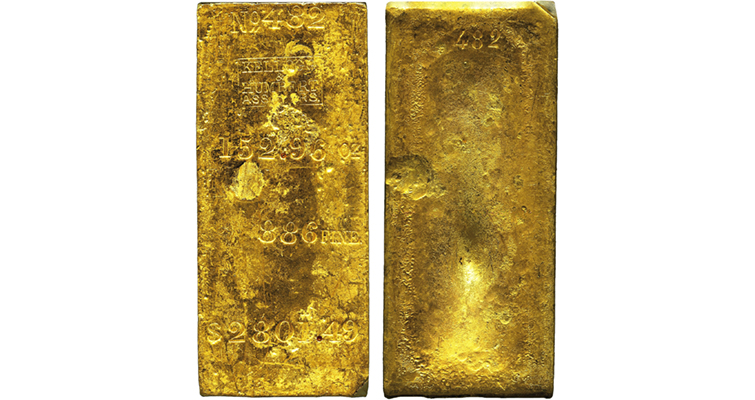 Of the 532 gold bars recovered from the SS Central America, the assaying firm of Kellogg & Humbert issued the majority. 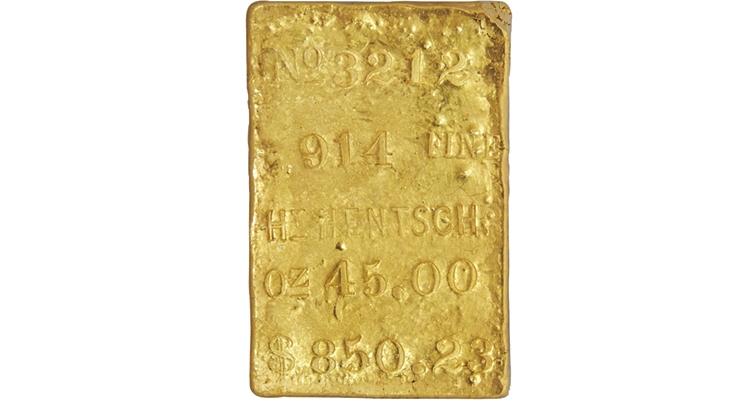 The lowest number of gold bars salvaged from the SS Central America were issued by assayer Henry Hentsch, with just 33 Hentsch bars from the total of 532 bars from five identified issuers. 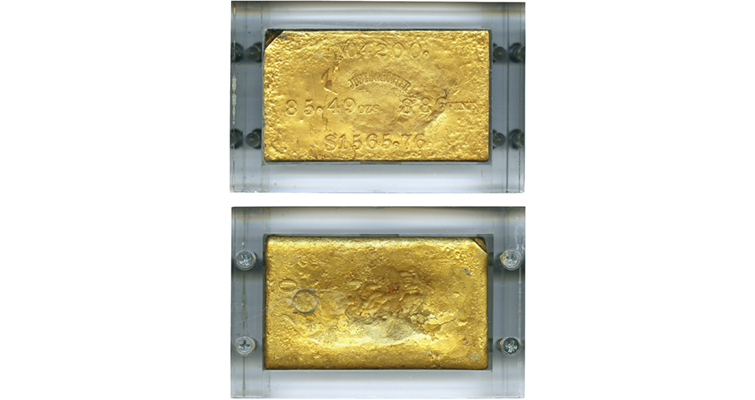 At 35.49 ounces, this is the smallest of the Justh & Hunter gold bars in the Heritage Platinum Night session. 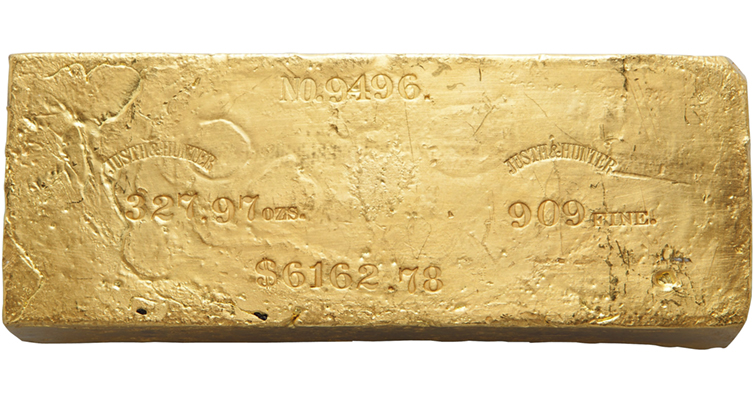 This large bar has the Justh & Hunter hallmark stamped twice horizontally on its face. 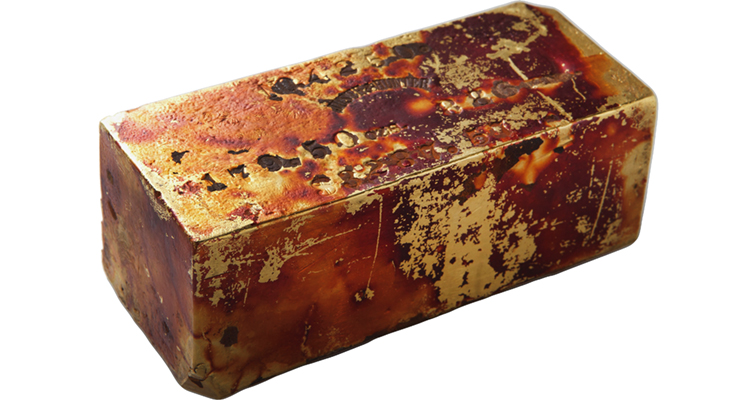 Six gold bars ranging in weight from 34.94 ounces to 327.97 ounces that were salvaged from the 1857 shipwreck SS Central America will cross the auction block during Heritage Auctions' Jan. 5 Platinum Night session in Fort Lauderdale, Fla.

The auction is being held in conjunction with the Florida United Numismatists convention at the Greater Fort Lauderdale-Broward County Convention Center.

The six gold bars were issued by three California assaying firms — Kellogg & Humbert, Justh & Hunter, and Henry Hentsch. Each of the bars bears stamps identifying its serial number, fineness, weight and value, and the name of its issuer.

A buyer’s fee of 17.5 percent will be added to the closing hammer price of each lot won.

The Hungarian-born Emil Justh, a lithographer by trade, arrived in San Francisco in 1851 and opened a lithographic printing office. The business closed, after which Justh eventually became an assistant assayer in 1854 at the newly opened San Francisco Mint. In 1855, after leaving the Mint, Justh formed an assaying partnership with former Baltimore merchant Solomon Hunter.

The 327.97-ounce bar, the equivalent of 20.49 pounds, is the largest in the sale in weight and dimensions. It is the second largest bar identified as from Justh & Hunter's Marysville, Calif., office.

The bar measures 62 millimeters by 180 millimeters by 49 millimeters. The face side is laid out with the incuse stamps scattered horizontally on the long side. NO. 9496 is positioned on a top line at center. In a next line, at left, is the JUSTH&HUNTER arc with 327.97 OZS. below. To the far right is JUSTH&HUNTER with 909 FINE. below. Centered at the bottom is the value, $6162.78.

Salvors recovered 532 gold bars from the SS Central America wreck site off the coast of the Carolinas. Of the total, roughly 65 percent were stamped with the Kellogg & Humbert hallmark.

John Grover Kellogg and Augustus Humbert were recognized as two of the most reputable assayers in San Francisco in the 1850s. Humbert became United States Assayer in 1851. Kellogg previously worked with Moffat & Co. and eventually formed a partnership with G.F. Richter in 1854.

Kellogg and Humbert joined forces in 1854 to privately strike large numbers of gold $20 coins because the recently opened San Francisco Mint could not keep up with public demand.

The hallmark within a box reads KELLOGG / & / HUMBERT / ASSAYERS. The numerals 482 are also stamped on the back of the bar.

While more than 500 gold bars were retrieved from the SS Central America wreckage, just 33 bear the hallmark of assayer Henry Hentsch. That is the fewest among the bars recovered and assigned to an identified assayer.

The Hentsch bar offered, at 45 ounces, is classified by experts as a “medium to large size” ingot.