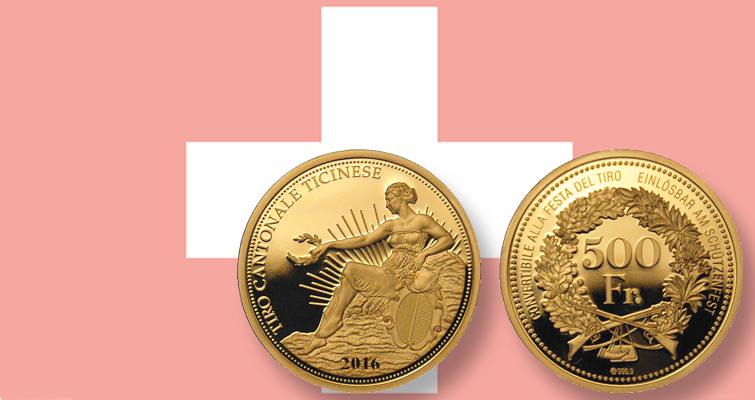 Switzerland’s annual shooting taler is now available from a distributor in the United States. The gold example, shown, has a mintage of 200 pieces. 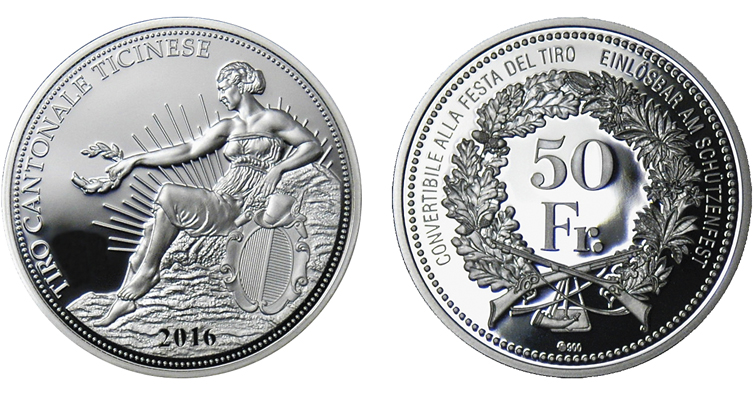 Switzerland’s annual shooting taler is now available from a distributor in the United States. The silver example, shown, has a mintage limit of 1,200 pieces.

A distributor in the United States is offering medals celebrating a Switzerland tradition.

The Swiss tradition of marksmanship was established during the Old Swiss Confederacy, in the 15th century, when festival participants used crossbows in shooting contests. In modern times, every five years a federal shooting festival draws more than 50,000 sharp shooters to demonstrate their shooting skills. Smaller, annual, festivals are also held.

The 2016 silver and gold medals (they are not coins) share common obverse and reverse designs, save for a redeemable value indication on the reverse.

The reverse features the traditional wreath of oak leaves (on the left) and laurel (on the right) surrounding the denomination of 50 FR (for “francs”). Beneath the wreath, a marksman’s powder horn and bandolier hang from a pair of crossed firearms. The legend indicates (in both Italian and German, two of the four official languages of Switzerland) that the piece is redeemable during the shooting festival.

The Proof .900 fine silver taler medal weighs 25 grams, measures 37 millimeters in diameter and has a mintage limit of 1,200 pieces. It retails for $89.95, with quantity discounts available. 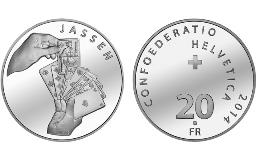 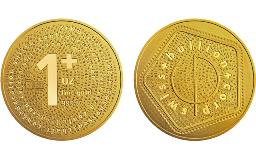 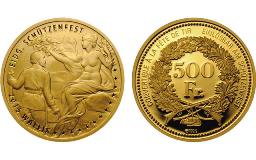