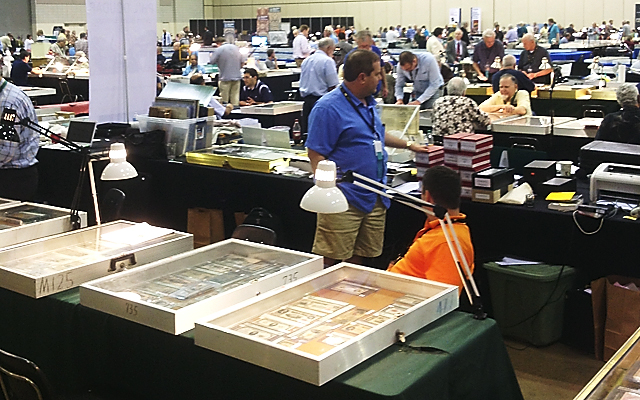 Details of the the 2016 International Paper Money Show, pictured here in 2014, were released not long after the 2015 show concluded.

No sooner had everyone’s bags been unpacked from this year’s International Paper Money Show in Memphis, Tenn., than the dates for 2016 were announced as being from Wednesday, June 1, through Sunday, June 5.

The show will be in the same hall as the 2015 convention at the Cook Convention Center. This will be the 40th anniversary of the event, and it will include tributes to the previous 39. The bourse room will have room for 14 more tables than in 2015.

Lyn Knight, the show’s owner, said the dates for the 2016 edition of the show were chosen to avoid conflicts with other show as well as Father’s Day and the American Numismatic Association Summer Seminar.