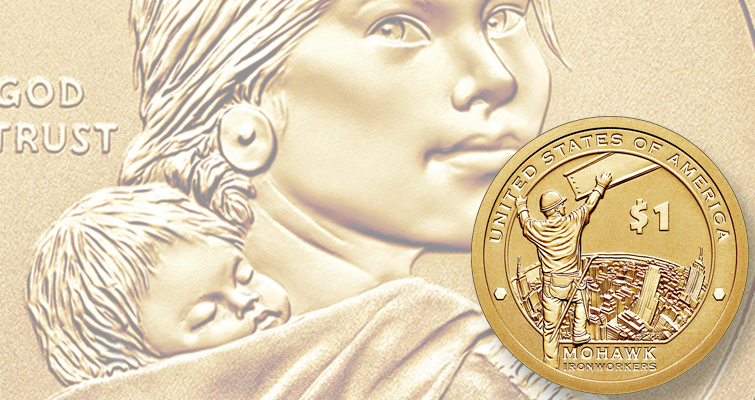 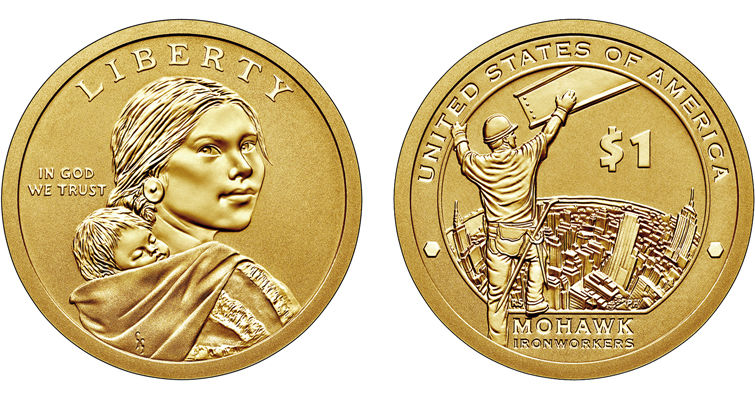 The Enhanced Uncirculated 2015-W Native American dollar is exclusive to the 2015 American $1 Coin and Currency set. 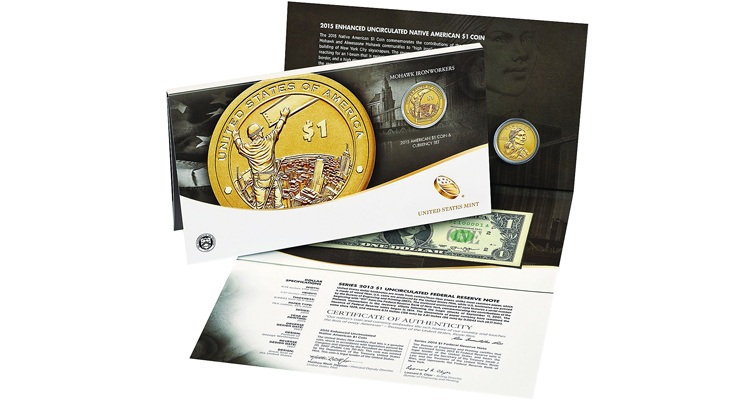 The 2015 American $1 Coin and Currency set, which goes on sale Aug. 24, contains an Enhanced Uncirculated 2015-W Native American dollar that is available only in the set.

The reverse design of the coin honors Mohawk ironworkers who built many of the skyscrapers in New York City.

Sales for the product, limited to a maximum of 90,000 sets and priced at $14.95 each, will begin at noon Eastern Time. The Mint is imposing a five-set household ordering limit.

The set also contains historical information about the Mohawk ironworkers and their contributions to “high iron” construction work on New York City skyscrapers, including the World Trade Center, complementing the coin's reverse design. The reverse of the Native American dollar for 2015 features a Mohawk ironworker reaching for an I-beam that is swinging into position, against a high elevation view of the city skyline in the background. Rivets are seen on the left and right side of the design border.

A certificate of authenticity is printed on the packaging.

The U.S. Mint will accept orders online. Hearing- and speech-impaired customers with TTY equipment may order by calling 888-321-6468.