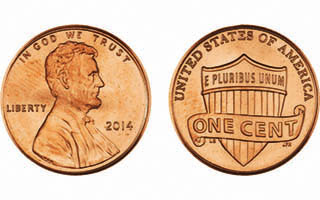 2014 coinage is slowly making its way into circulation across the United States. This 2014 Lincoln cent was received in change at a Kroger supermarket in Sidney, Ohio. 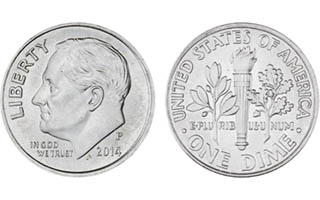 Martin Frankevicz from Troy, Ohio, received this 2014-P Roosevelt dime in change recently from a vending machine in Sidney, Ohio, north of Dayton.

Both coins are products of the Philadelphia Mint.