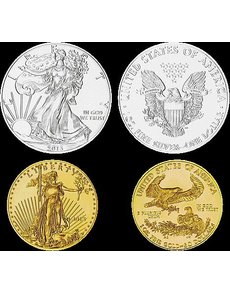 Collectors and dealers were eager to get their hands on 2013 American Eagle silver and gold bullion coins. 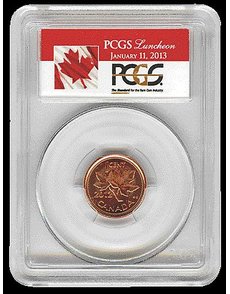 Officials from SilverTowne in Winchester, Ind., reported they had sold approximately 100,000 of the 1-ounce silver coins from the time the firm received the coins at midday Jan. 11 through the end of the convention.

SilverTowne officials also reported selling at least 500 ounces of the gold coins in the 1-ounce size, as well as an undisclosed number of half-ounce, quarter-ounce and tenth-ounce gold bullion coins dated 2013.

The attendance figures represent dealers, attendees who registered ahead of time, plus daily “HELLO” badges, but may not account for attendees using the same HELLO badge on successive days, Wibker said.

“We have no way of tracking those who use the HELLO badge multiple days, Wibker said by email Jan. 15. “I allowed 1,700 for dealer badges (tables and early birds) which is probably 300 less than reality. I added 500 (dealers) to each day Th-Fri-Sat and 200 for Sunday.”

For the January 2012 show, Wibker reported attendance estimates based on the number of “HELLO” badges given at the public registration counters of 2,000 on Thursday, 2,400 on Friday, 3,700 on Saturday and 1,000 on Sunday.

“This does not account for those who keep their badge and come back the following day using the same sticky badge,” Wibker said in 2012. “We believe we had attendance over the four days of more than 11,000.”

Heritage Auctions’ Jan. 9 to 14 sale of United States coins, including those in Internet-only sessions, brought total prices realized of $44,919,047 as of Jan. 17.

The total prices realized include the 17.5 percent buyer’s fee added to the final hammer price of each lot won.

The top lot was the 1792 silver half disme graded Specimen 67 by Professional Coin Grading Service. The coin realized $1.41 million. The sale offered six 1792 half dismes.

Heritage’s paper money auction at the FUN convention realized a total of $12,424,981. The top paper money lot was one of only five Series 1880 $500 United States notes bearing the Blanche K. Bruce-Elias H. Roberts signature combination, and the only example available for private ownership. The note sold for $411,250.

Heritage also used the convention Jan. 11 as the platform to promote its April 24 to 28 auction at the Central States Numismatic Society’s Convention in Schaumburg, Ill., to include the George Walton specimen of 1913 Liberty Head 5-cent coin. Professional Coin Grading Service certified the coin Proof 63.

The FUN convention reunited the six numismatists who certified the Walton specimen as a genuine 1913 Liberty Head 5-cent coin during the 2003 American Numismatic Association World’s Fair of Money in Baltimore. (See details in related story on page 60.)

The FUN convention also served as a platform for the announcement of an auction scheduled for Feb. 2, 2014, of two major collections of early U.S. copper coins.

McCawley & Grellman Auctions Inc. is currently cataloging the collections, which are to be sold in Los Angeles in association with Ira & Larry Goldberg, Auctioneers.

The half cent collection, according to Grellman, will be offered as the Missouri Cabinet.

The coins in the Missouri Cabinet represent the collection of Ralph Tettenhorst, the numismatic pseudonym for the Midwest collector who assembled the collection.

“The Missouri Cabinet is the only complete collection of U.S. half cents ever formed,” Grellman said. “It contains every business strike variety, every edge variant, and every Proof strike. And the grades are outstanding. Most pieces are finest known.

“This will be the most significant auction of U.S. half cents ever conducted.” The Missouri Cabinet will comprise approximately 275 to 300 lots, with all pieces certified by PCGS, Grellman said.

Grellman said additional significant pieces are in the Missouri Cabinet of half cents.

These Missouri Cabinet duplicates will be offered at a later date, Grellman said.

It was also announced that the Eric P. Newman Numismatic Education Society will be selling pieces from Newman’s extensive numismatic collection, which the veteran numismatist and collector has assembled during more than 90 years. Newman turns 102 in May.

All sales proceeds from the Newman auction will be used to support various not-for-profit organizations as well as to continue the society’s mission of funding operations and exhibits at the Newman Money Museum at Washington University in St. Louis.

Inquiries should be directed to Newman’s representative, Stuart Levine, via email at stuartlevine@comcast.net.

The Louis A. Montesi Memorial Award for Best in Show was presented to Linda Wolka for her exhibit, “Selection of Medals and Coins Commemorating Martin Luther & Philipp Melanchthon and Three Key Years of the Protestant Reformation: 1517, 1521 & 1530.”

The People’s Choice Award was presented to Bob Russell for his exhibit, “Coin Jewelry — The Latest Novelty.”

The top exhibit award for Young Numismatists was presented to Zachary Lauer for his exhibit, “Four Different Ways of Collecting Morgan Dollars.”

Lauer was also the top YN exhibitor at the FUN convention in 2012 with his exhibit of the same name. ¦