When a 1970-D quarter gets struck on dime stock 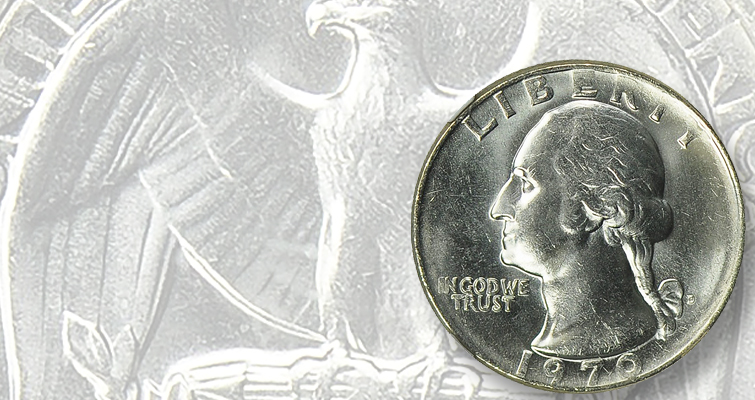 Closer examination is needed to notice that this 1970-D Washington quarter dollar was struck on a planchet only partially intended for the denomination. 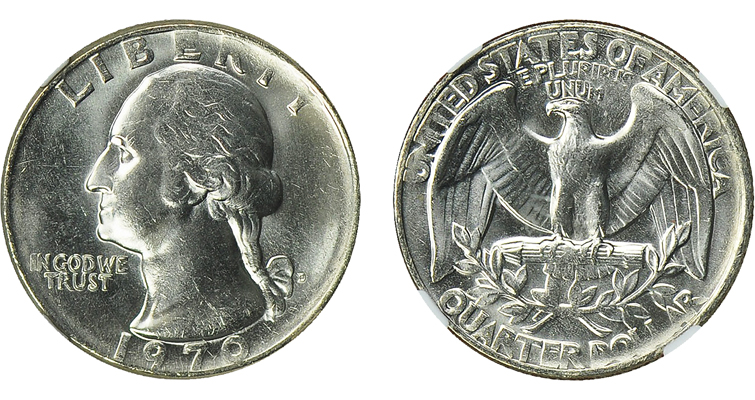 To make coin blanks, pre-formed strips of metal are fed into a blanking press that stamps out coin-sized rounds. These strips are actually huge coils of metal, about 13 inches wide and 1,500 feet long. They weigh 3 tons. They are close in thickness to the final coin.

In 1970 at the Denver Mint, when making quarter dollar planchets, a coil intended for dimes, and therefore much thinner than quarter stock, was inserted into the blanking press. The mistake was not discovered and the blanks continued through the planchet forming process. Ultimately, they were struck into quarter dollars.

Some estimate that more than 100,000 coins were struck and released into circulation.

They look exactly like one might expect, like thin quarter dollars. They have weak peripheral detail and often some flatness at the high points of the design. To noncollectors, they might appear to be a well-circulated coin.

While a quarter dollar of this era should weigh 5.7 grams, these coins weigh just 4.2 grams.

This precise calculation tells us these coins were struck on planchets intended for dime stock.

If a dime, which weighs just 2.3 grams, were enlarged to quarter dollar diameter while leaving its thickness unchanged, its weight would be 4.2 grams.

There occasionally is variation in the thickness of coinage stock. A couple of tenths of a gram heavier, and these coins would be described simply as “struck on a thin planchet.”

The 1970-D Washington quarter dollar struck on dime thickness stock is very common. At any given time, a few can be found online at prices from just a few dollars to over a hundred, depending on condition. Most frequently, they are seen in About Uncirculated condition.

Perhaps it’s their abundance that allows collectors to dismiss them.

After looking at a few, their distinctive and characteristic appearance makes them charming.

This coin really should be included in collections of 1970s clad quarter dollars.