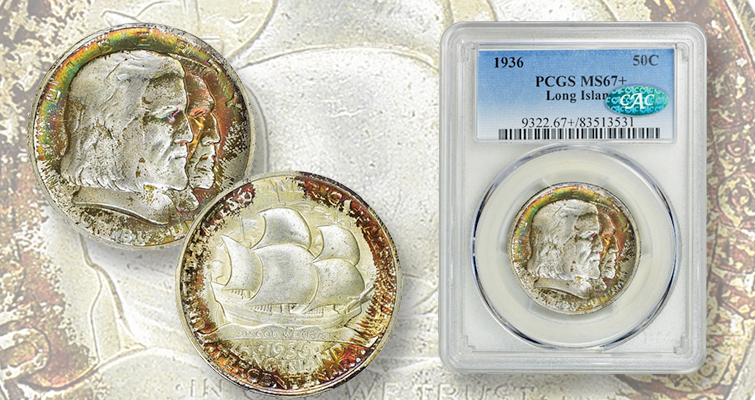 A colorful 1936 Long Island Tercentenary half dollar graded MS-67+ with a green CAC sticker is tied with nine others as the finest graded by PCGS and brought $5,709.38.

Here is one example of a 20th century half dollar that is the finest grade certified by PCGS, from GreatCollections’ recent online auctions of the Centurion Collection:

The explosion of commemorative coins in 1936 included the Long Island Tercentenary half dollar, which celebrated the 300th anniversary of the first non-native settlement on Long Island. The design was prepared by Howard Kenneth Weinman — son of Adolph A. Weinman who designed the Walking Liberty half dollar — with the obverse depicting a Dutch settler and a Native American. The reverse shows a ship traditionally described as a Dutch sailing vessel.

It had a substantial mintage of 81,826 and like most commemorative half dollars, remains widely available in Mint State grades, with nice Mint State 64 examples readily found for under $100 and even MS-66 representatives trading for around $300. PCGS has graded just 79 in MS-67 and only 10 in MS-67+ with none finer, and this one with a green Certified Acceptance Corp. sticker and rich “tab” toning sold for $5,709.38 on Feb. 4. The toning is from storage in the original cardboard holder that many of these were sold in at the time of issue. 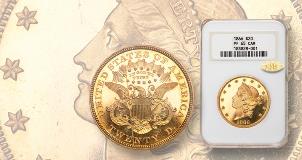 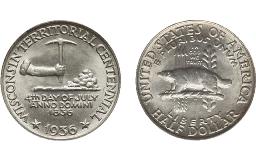 CAC sticker doesn't do much for 1936 Wisconsin half dollar sold 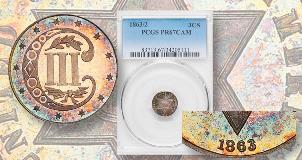