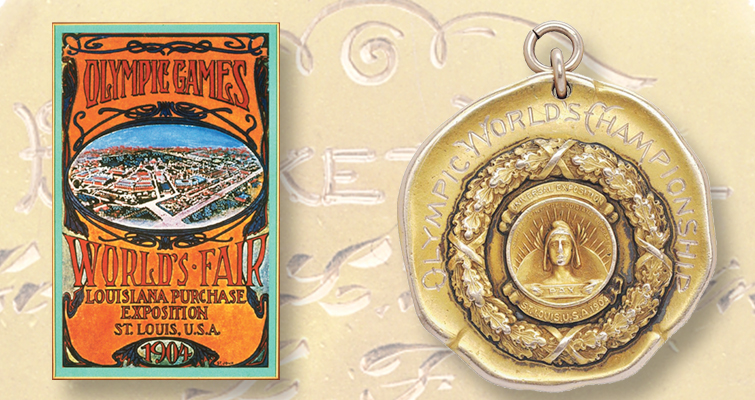 A gold medal for basketball from the 1904 Olympic Games in St. Louis awarded to George Louis Redlein brought $125,000 at Christie’s June 14. 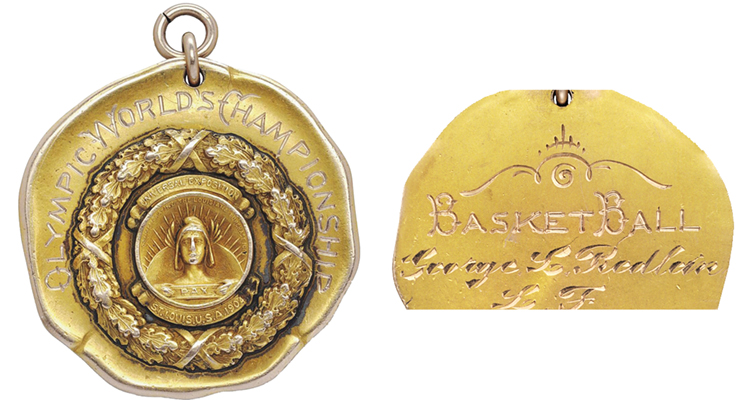 A gold medal presented to George Louis Redlein at the 1904 Olympic Games in St. Louis sold for $125,000 at Christie’s on June 14. Basketball was a demonstration sport at the Games and Redlein’s name is engraved on the reverse. 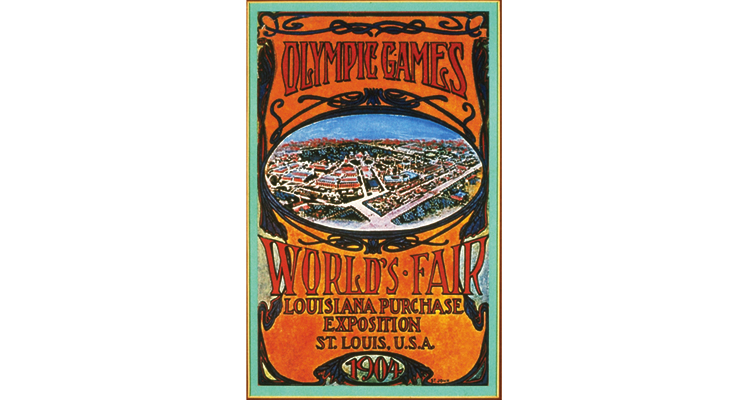 A poster for the 1904 Summer Olympic Games in St. Louis.

A gold medal for basketball from the 1904 Olympic Games in St. Louis awarded to George Louis Redlein brought $125,000 at Christie’s June 14 Fine Printed Books and Manuscripts, Including Americana auction in New York City. That price was well above the $18,000 it realized in another auction earlier this year.

The sport was relatively new when it appeared at the third modern Olympiad in St. Louis, which was also the first American city to host an Olympics since its modern reintroduction in Athens in 1896.

The 1904 Summer Olympics was originally set for Chicago, but the event was moved to St. Louis to coincide with the Louisiana Purchase Exposition. The Games featured 94 events in 17 disciplines; basketball, hurling, American football and baseball were featured as demonstration sports.

Basketball was presented on July 11 and 12, 1904, and would not appear again at the Olympics until 1936. Six American teams with six men each competed in 1904, and each team played five games within the two days.

Redlein was a part of the Buffalo Germans, joining the team sometime after it won gold at the Pan-American Exposition in Buffalo in 1901.

As the Christie’s description explains, “The [Buffalo] Germans swept all five of their Olympic games, with only the New York and Chicago men giving them any kind of fight. With this victory, on top of the 1901 Pan-American, the Buffalo Germans now styled themselves the World Champions of basketball and went pro.”

The original Buffalo Germans — Redlein included — were inducted into the James Naismith Memorial Basketball Hall of Fame in 1961, where they are honored as “basketball’s first great team.”

The Buffalo Germans dominated the six-team round-robin tournament, outscoring its opponents 249–70 in its undefeated run to the top. The Basketball Hall of Fame adds, “The Germans became the most-feared team in the country, playing against the best pro and amateur teams in the world, and winning with relative ease. The Germans claimed no particular style or strategy; they simply dominated in every aspect of the game.” Starting in 1908 the team won 111 straight games, defeating opponents by more than 30 points a game, going undefeated in five of their first 18 seasons.

Heritage had offered this medal in its February 2018 Sports Memorabilia auction (where it realized $18,000), writing, “Basketball was contested in four divisions in the 1904 Olympics: Elementary School, High School, College and the Amateur Championships, the last being the most significant of the four and the one from which this important early relic derives.”

The 33-millimeter, 14-karat medal was consigned to Christie’s by an unnamed “West Coast Private Collector” and carried an estimate of $100,000 to $200,000, despite its recent sale.

The obverse of the medal depicts the seal of the St. Louis Universal Exposition with a bust of Hermes, set below engraved text reading, “Olympic World’s Championship.” Inscribed on the reverse is “BASKETBALL / Geo­rge L. Redlein / L.F.” and impressed by the maker is the text “Dieges & Clust / 95 St. John St. N.Y. / Solid Gold.” 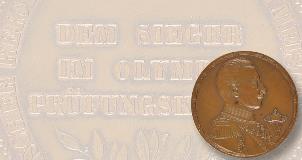 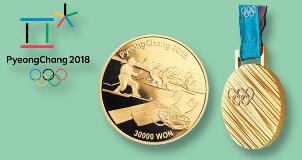 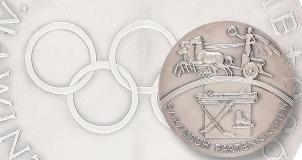