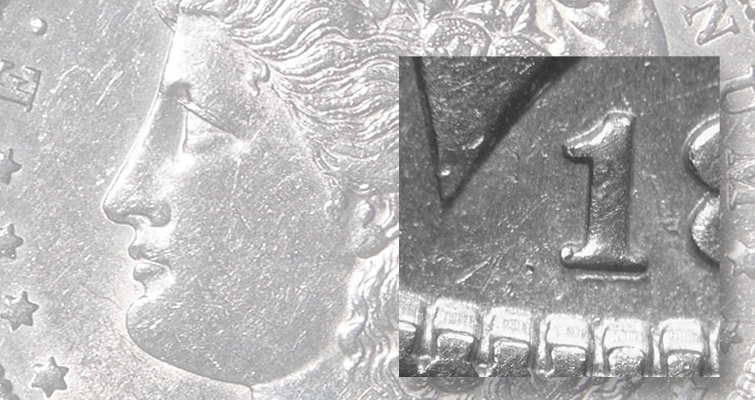 The VAM-20 variety of 1886 Morgan dollar is noteworthy for its repunched date. A virtually complete base of a 1 is visible under the primary digit. 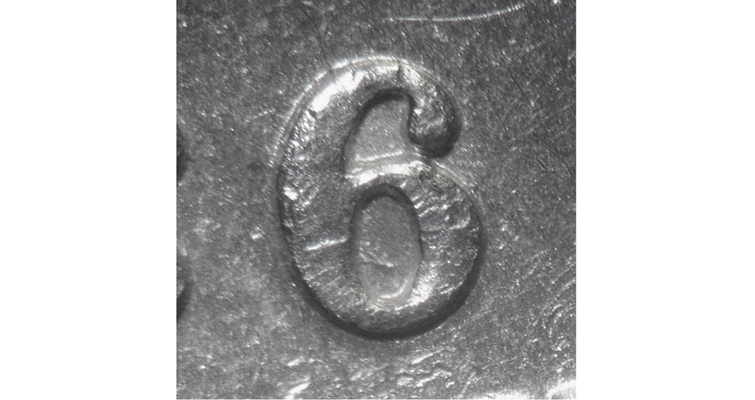 A faint spur from a secondary digit is found near the middle of the opening in the lower loop of the 6. 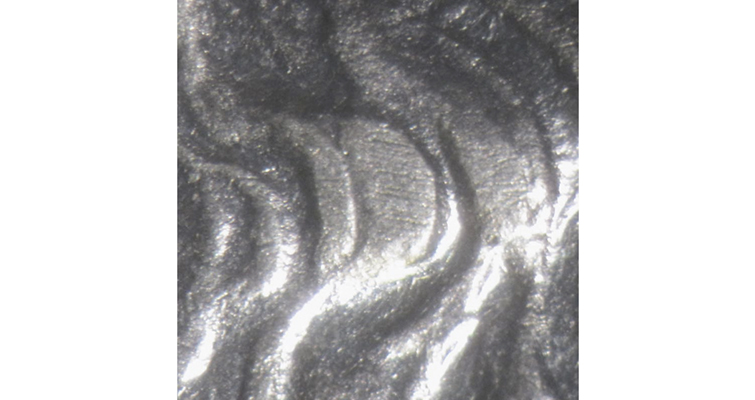 Multiple parallel polishing lines are found in this D-shaped gap in the lower hair. 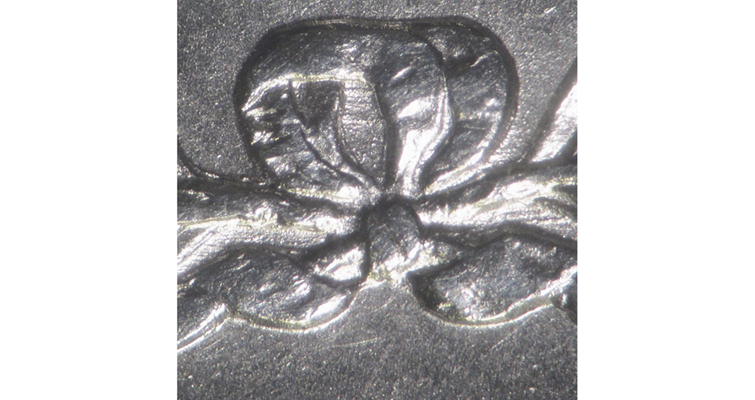 Several nearly horizontal heavy polishing lines are always present in the upper half of the bow’s loop.

Over the years, the field of Morgan dollar variety collecting has gone through several “boom and bust” cycles. In the early 1990s interest in the field had all but collapsed, except for a small handful of collectors.

A spectacular recovery followed the 1996 publication of The Top 100 Morgan Dollar Varieties: The VAM Keys by Michael Fey and Jeff Oxman. The new focus in VAMs had shifted from pursuing the listings presented in the Comprehensive Catalog and Encyclopedia of Morgan & Peace Dollars by Leroy Van Allen and A. George Mallis to a refined group of some of the most dramatic varieties. Continuing in that spirit, in 2000 Jeff Oxman released the SSDC Official Guide to the Hot 50 Morgan Dollar Varieties, presenting another group of what were perceived to be highly desirable selections.

One of the tougher elements from the Hot 50 set has been the VAM-20 1886 Morgan dollar. It features a dramatic repunched date. While the traces of the secondary digits may be fairly faint, the shift of the errant punch is remarkable. It was initially sunk with a pronounced slant, with the subsequent blows sunk in a corrected, more normal position.

The VAM-20 is frequently misidentified by novices. Careful comparison to date position and other die markers will eliminate the majority of the inaccuracies encountered. Multiple fine lines are found in a D shaped gap in Liberty’s lower hair as pictured, and several strong nearly horizontal lines are always present inside the bow loop on the only reverse paired with this particular obverse.

The VAM-20 1886 dollar had sold for around $3,000 in the Mint State 62 to MS-63 range in the recent past. While values have been retreating recently as more examples have been found and credibly certified, demand still appears to exceed supply.