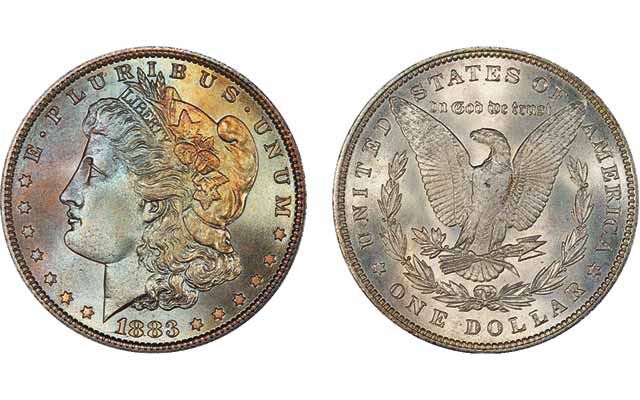 The 1883 Morgan dollar comes from a large mintage of 12,290,000 pieces, and even MS-67 examples aren’t particularly rare with Professional Coin Grading Service showing 115 submissions at this grade level and 10 at the MS-67+ level.

The Coronet Collection’s PCGS MS-68+ example with a green Certified Acceptance Corp. sticker indicating quality within the grade is the finest known. It sold for $49,937.50 at Legend’s June 25 auction. It is notable for its eye appeal, which the catalog describes as “a thick satiny luster” that “enhances original pale green/blue/purple/champagne colors that swirl over the obverse, while the reverse is a champagne/creamy white.”