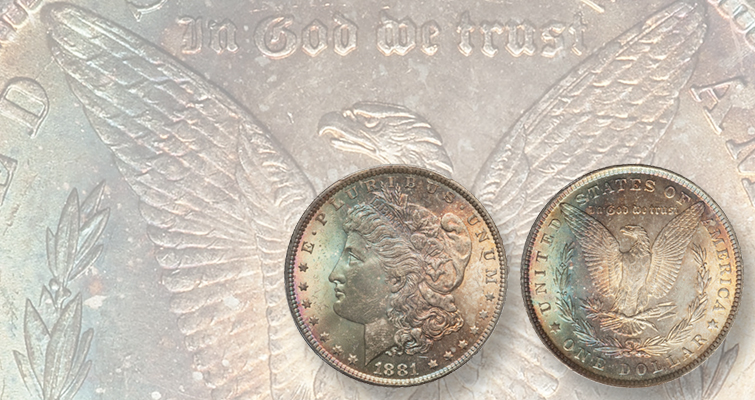 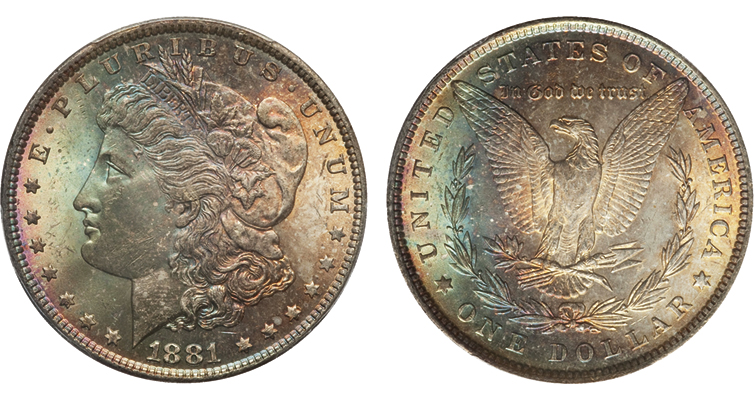 A Gem-quality, MS-65 1881 Morgan dollar with attractive multicolored toning on both sides sold for a reasonable $493.50 at Heritage’s 2015 ANA auctions.

1881 Morgan dollars from the Philadelphia Mint are most commonly found certified in Mint State grades of MS-62 to MS-64. Mint State 65 examples are tougher to locate but still available, with Professional Coin Grading Service grading more than a thousand in this grade. The population thins substantially in finer grades with just 135 PCGS submissions earning the MS-66 grade level, with few finer.

Often, colorful toned Morgan dollars trade at a premium to untoned coins, and this example, with even vertical bands of jewel tones on both sides, would appeal to many collectors of toned coins.

The toning, not quite bold enough to be called rainbow, is still attractive. It represents a major value when compared with other examples that have recently traded at auction and the $493.50 that it brought at Heritage’s American Numismatic Association online session is less than the $550 to $650 that untoned or lightly toned examples typically bring.