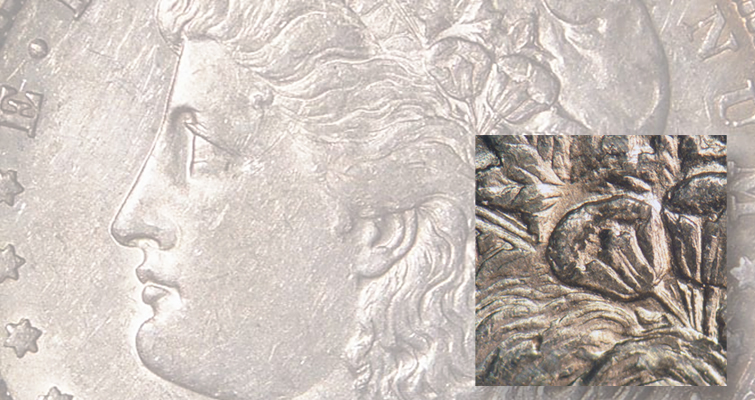 The two varieties of 1878 Morgan, Reverse of 1878 dollar share a tripled obverse die. A close triple spread can be seen along the lower edges of the cotton bolls. 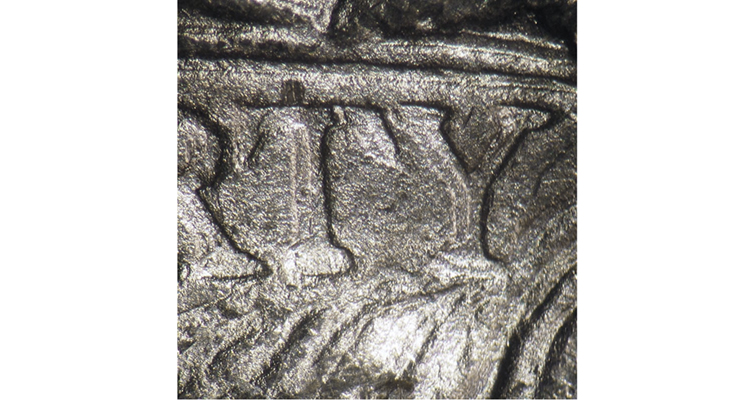 A strong die gouge in the top of the T of LIBERTY is present on all stages of this obverse shared by both varieties. 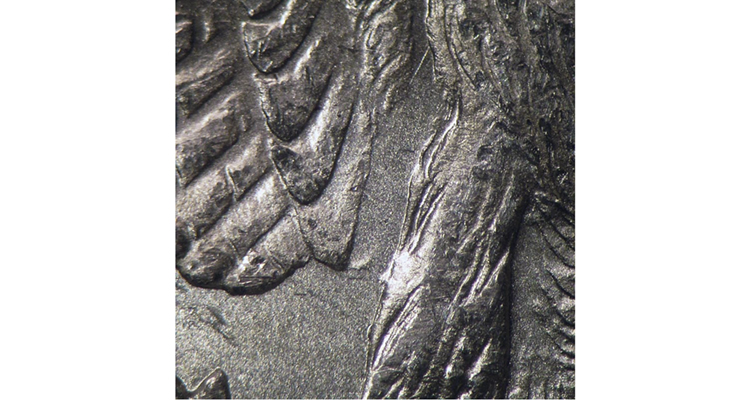 The VAM-198 reverse is defined by the overpolished base of the eagle’s wing. 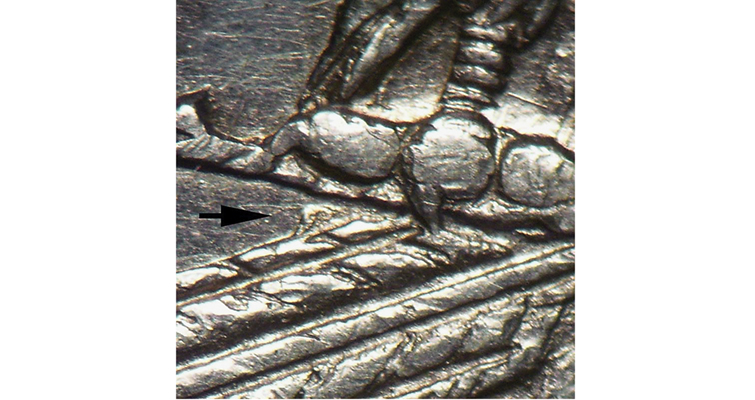 The reverse of the VAM-115 coin has a bold lump above the top arrow feather, noted by black arrow.

The Comprehensive Catalog and Encyclopedia of Morgan & Peace Dollars by Leroy Van Allen and A. George Mallis describes a pair of 1878 Morgan, Reverse of 1878 dollar die marriages that share a remarkable obverse. Both are also included in The Top 100 Morgan Dollar Varieties: The VAM Keys by Michael Fey and Jeff Oxman.

VAM-115 and VAM-198 are desired by most collectors because of the tripling present on the obverse. Once spotted, the tripling is fairly impressive. One of the most obvious areas is along the lower edges of both cotton bolls. Also, a strong gouge is located in the top of the T of LIBERTY, just to the right of its stand. This marker will survive a considerable amount of circulation.

While the obverse is relatively easy to recognize, its reverse mates have historically provided some difficulty. VAM-115 is listed with a “normal” Reverse of 1878 with a short nock or center arrow shaft. The VAM-198, also of the Short Nock design, has an overpolished reverse with a portion of the lower wing missing. The VAM-115 reverse can be weak in this same area, and even moderate circulation can obscure a fine detail like the degree of polished away design.

A far more reliable secondary diagnostic is the presence or absence of an anomalous lump above the upper arrow feather. All of the Reverse of 1878 dies were produced by the same hub, and this lump was present on the hub. The relative strength of this feature varies among the working dies. For the VAM-115 coin, this lump is nearly complete. By contrast, the VAM-198 die has just a tiny nub showing on its earlier stage, and none of this hub lump visible later.

There is not a great difference in value between the two varieties, but most specialists actually want both marriages rather than two of the same — one of which is misattributed. 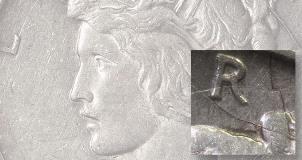