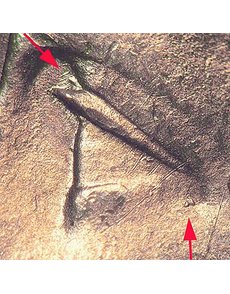 One of the easiest ways to identify this particular 1878 Morgan dollar variety is by noting the spike above the upper eyelid and the pair of dot-like gouges at the rear of the lower lid. 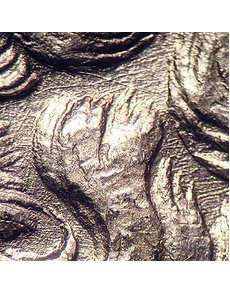 This horizontally compressed X scratch with a tiny dot in its center directly above the “bear claw” in Liberty’s lower hair is further confirmation of an accurate attribution. 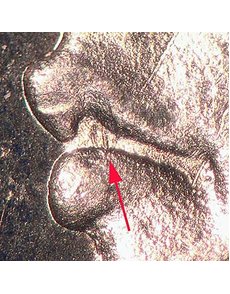 Yet another die marker for the VAM-186A obverse is the pair of fairly bold vertical lines inside Liberty’s mouth. 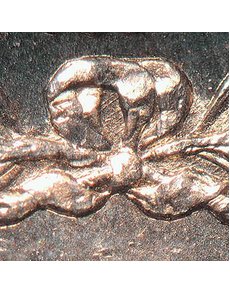 Few unique die markers are found on the reverse, but multiple parallel diagonal lines rising up to the right fill the bow opening.

Among the more challenging areas of Morgan dollar variety collecting are the Philadelphia Mint issues of 1878.

One of the more elusive pieces is the VAM-186A 1878 Morgan dollar. The marriage was discovered by Clayton Christiansen in March 2006 and is described in detail in the 1878 P 7 Tail Feather Morgan Dollar Attribution Guide by Leroy Van Allen.

Attributing an 1878 Morgan dollar begins with the reverse. This particular die is from a later stage of the Reverse of 1878 hub. The eagle has a flattened, slightly concave breast, arrow feathers are parallel, the end of the center arrow shaft is broken — commonly referred to as a short nock — and the cross arm on the R of TRUST is broken.

The exact working reverse die may be identified by the diagonally oriented parallel lines that fill the opening inside the wreath bow.

The obverse features a broken point on the fourth right star and a spike above the upper eyelid. The listing notes some raised metal inside the loops of the first digit 8, but this feature can be extremely difficult to see on even lightly circulated examples.

Caution should be exercised with these obverse markers as other working dies have very similar features. It is important to take note of other obverse characteristics unique to this die. A pair of small gouges resembling dots appear at the rear of the lower eyelid. Inside Liberty’s mouth a pair of strong vertical gouges should be present. Patterns of die polishing lines appear in the lower hair.

One of the best places to look is directly above the formation that has acquired the nickname “the bear claw.” Whether you think this large deeply forked clump of hair resembles a type of pastry or ursine weaponry, the gaps around it are protected from wear and often hide almost signature-like die lines.

Look above the “claws” for a pair of intersecting lines that looks like a laterally elongated X with a tiny dot at the junction. It is unique to this obverse and the only known use was in this marriage.