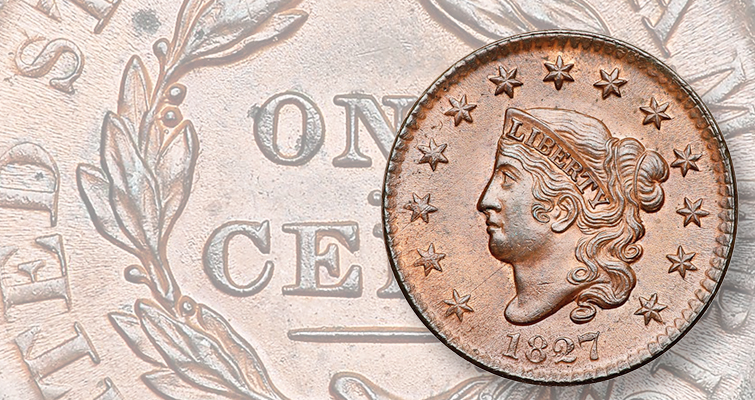 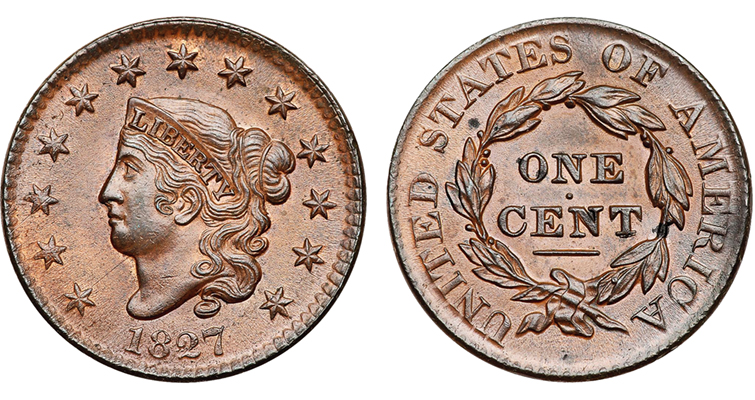 A clearer look at both sides of the 1827 Coronet cent graded MS-63 brown but with substantial Mint red color remaining.

Here is one of three large cents sold during the Goldberg’s sale that we profile in this Market Analysis.

The example of the relatively common Newcomb 11 variety was described as, “Lustrous light brown with darker steel brown toning on the high points and traces of faded mint red showing on both sides, mostly on the obverse.” The description further noted, “The obverse appears choice to the unaided eye” and when offered in 2005 by Heritage as part of the Rasmussen Collection it was graded MS-64 brown by Numismatic Guaranty Corp.

Coronet large cent: John D. Wright, cataloger extraordinaire of the large cents of 1816 to 1839, writes that Middle Dates offer "more bang-for-the-buck than the ones either before (too many bucks) or after (not enough bang)." How much are Coronet large cents worth?

A few spots on the reverse and some faint obverse hairline scratches ultimately limit the grade. The lustrous cent brought $2,585. 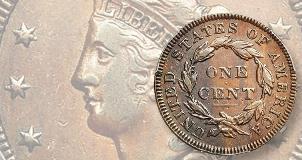 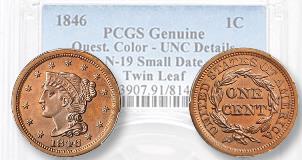 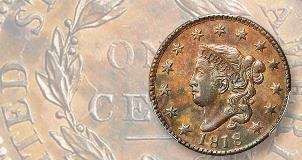