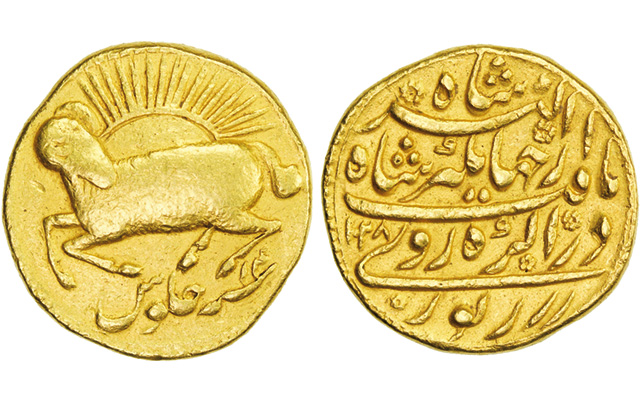 The sale is scheduled on Jan. 15 and 16 in the firm’s offices in Santa Rosa, Calif. The auction includes ancient, Islamic, Chinese, Indian and world coins, and numismatic literature, totaling 2,126 lots.

The obverse of the coin shows Aries (a ram) with a rising sun behind, and text below. Text fills the reverse side.

Aries is one of the rarest, according to the firm, noting that the British Museum catalog lists Aries coins from only two years, A.H. 1028 and A.H. 1030.

No original example of the Aries mohur has been sold at public auction in more than a decade, according to the firm.