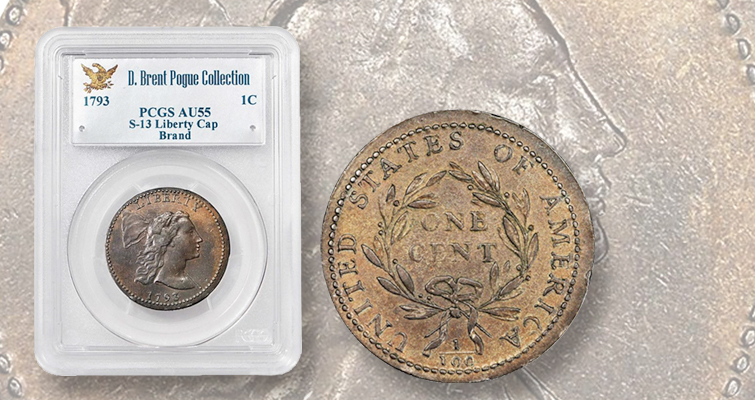 As expected, the finest-known of five 1885 Trade dollars was the top lot at Heritage’s 2019 Florida United Numismatists auctions in Orlando.

The Proof 66 Numismatic Guaranty Corp. certified dollar sold for $3.96 million at the Jan. 10 Platinum Night auction to Utah collector Dell Loy Hansen, who subsequently sent it to cross over to Professional Coin Grading Service where it was graded Proof 65+ Cameo. An 1884 Trade dollar — one of 10 known and graded Proof 66 by NGC with a green Certified Acceptance Corp. sticker — brought $1.14 million.

On the Sheldon 1 cent with America abbreviated AMERI. on the reverse, Heritage wrote, “This early die state piece was probably struck on one of the first days of coinage operation in 1793, and it was certainly among coins in the first delivery dated March 1, 1793.”

Weinberg recalled that he purchased the lustrous cent on New Year’s Eve in 1996 from Ted Naftzger, who had responded to a classified ad that Weinberg placed in the Early American Coppers’ publication Penny Wise for nice Chain cents.

Weinberg shared the story behind its acquisition: “Ted quoted me a price I could not immediately afford and I moved it back across the table to him. He pocketed it. We chatted for an hour and then, out of the blue, he offered ‘terms.’ Two years to pay. I’ll take it. We shook hands and he departed. Wait a minute Ted, don’t you want something on paper. No, I trust you. Ted was like that, having once mailed an Uncirculated 1793 half cent in a first class mail envelope as he wanted to avoid post office lines.” Weinberg concluded that it was “perhaps the most rewarding classified ad in numismatic history!”

A 1943 Lincoln cent erroneously struck on a bronze planchet graded About Uncirculated 53 by NGC generated the broadest non-numismatic media coverage. It was consigned by the collector who discovered it in a school cafeteria in 1947 and sold within expectations for $204,000. After the sale more than 1,000 media outlets mistakenly reported a presale estimate of $1.7 million, which Heritage said, in a media advisory, “was simply a made-up number by a staffer at South West News Service based on an internet search result of a much rarer but similar coin.” 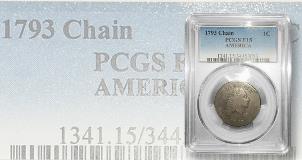 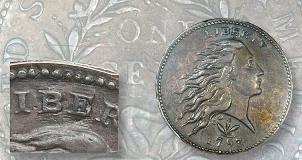 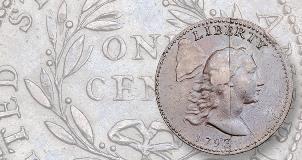